The Co-Op Superstores Cork County Hurling Championships will commence on Friday September 10th with a busy weekend of much-anticipated games. Clubs throughout the county are gearing up for the first round of games and the excitement is already in the air. The Championships will include three weekends of group games, with close to thirty games each weekend, followed by the knock-out stages which will culminate in the county finals in Páirc Uí Chaoimh later this autumn.

Co-Op Superstores is the retail division of Dairygold Co-Operative Society Ltd and has deep roots throughout Cork and local communities, just as our GAA clubs have.

Speaking at the launch of the 2021 Hurling Championships at Co-Op Superstores Midleton earlier this week, Cork GAA Vice-Chairperson Pat Horgan said “Dairygold Co-Op Superstores are engrained in the community just like the GAA, like ourselves they are at the heart of local communities in which they operate, and we are delighted to have them back as title sponsor for 2021”.

Commenting at the launch of the Co-Op Superstores Cork Hurling Championship, Head of Dairygold Agri Business, Liam O’Flaherty said “We are delighted to be partnering once again with Cork GAA on the sponsorship of the club hurling championship. Last year’s championship was a hugely successful competition in what was an uncertain year for sporting events. We believe that it is a great fit between the two organisations as many of our members, suppliers and those who work with us are involved with the GAA. 2021 is sure to be an exciting championship with more spectators being allowed attend the games. We’re excited as much as they are to see how this year’s championships play out and we’re delighted to be back on board for 2021 and wish all the clubs the best of luck”.

Tickets for Club Championship games this weekend are now available to purchase on the Cork GAA website. https://gaacork.ie/2021/09/08/match-tickets-for-weekend-1-of-hurling-championship/ 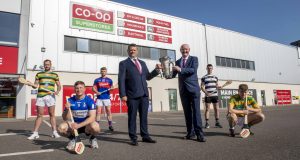 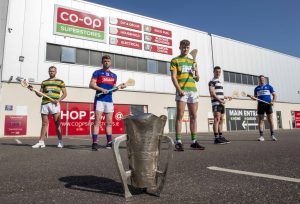 Further to last night’s County Committee meeting, Club Season Tickets for the 2021 season are now available to purchase.
Tickets are priced €150.
If you wish to purchase one ahead of this weekend’s games, please email administrator.cork@gaa.ie with contact details and the office will call you to take payment over the phone.
Then, a non-transferable barcode will follow by email which will allow access to all County Championship games.
https://gaacork.ie/wp-content/uploads/2019/12/placeholder_logo.png 300 300 Joseph Blake https://gaacork.ie/wp-content/uploads/2019/11/logoofoot.png Joseph Blake2021-09-08 15:17:412021-09-08 15:17:41Club Season Ticket 2021

The Cork GAA Executive has today confirmed that Ronan McCarthy has stepped down as Cork Senior Football manager following recent discussions with board officers.

All in Cork GAA wish to thank Ronan sincerely for his decades of service to GAA at all levels in the county, as player, coach and manager.

In more recent times, this has included a four-year term as Cork Senior Football manager, having previously served as selector and coach for a total of three years.

County Chairperson Marc Sheehan said “Ronan has been an outstanding servant to Cork GAA over many years, and I would like to thank him both personally and on behalf of Cork for all that he has done. We wish Ronan, his selectors and backroom team all the best in their future endeavours and thank all involved for an immeasurable contribution over a number of years.”

A process will now be put in place for the appointment of a new manager.