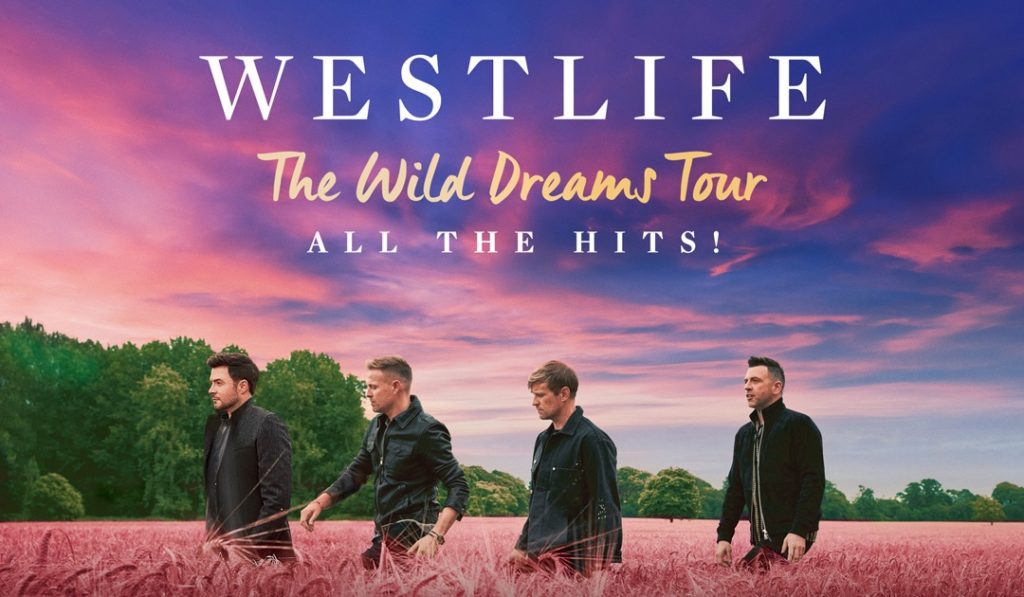 Most would credit pop Svengali Louis Walsh for Irish music purple patch in the 90s and 00s. After all, it was Walsh’s first proteges, Boyzone, who represented one of the most significant forces in the first wave of boybands, landing nine Irish No.1 singles in the mid to late 90s. But even Boyzone’s remarkable success was just a blueprint for what was to follow.

Westlife began in Sligo in the late 90s as IOYOU. When a potential deal with BMG (via Simon Cowell) hit the rocks, school friends Mark Feehily, Kian Egan and Shane Filan split from the rest of the group and joined up with Dubliners Bryan McFadden and Nicky Byrne. Under the management of Louis Walsh and former Boyzone singer Ronan Keating, the quintet rechristened themselves Westside, later amending the moniker slightly to Westlife.

After support slots with the Backstreet Boys and Boyzone, Westlife followed the path set out by the latter by making their TV debut on The Late Late Show. Their debut single Swear It Again arrived in 1999 and went straight to No.1 in both Ireland and the UK.

This marked the start of an incredible run of consecutive No.1 and No.2 singles in the Irish charts. Between 1999 and 2003, the band scored a whopping 10 Irish No.1 singles and four No.1 albums with Coast To Coast, A World Of Our Own, the Unbreakable greatest hits compilation, and Turnaround.

Following the hugely successful Turnaround, Bryan McFadden surprised fans by announcing his departure from the group. He would later go on to form the band Boyzlife with former Boyzone member Keith Duffy. The remaining quartet forged on without him, releasing the Rat Pack tribute …Allow Us To Be Frank in 2004.

Face To Face arrived in 2005, again topping the album charts in both Ireland and the UK, proving the band remained as potent a proposition even without McFadden. The Love Album in 2006 and Back Home in 2007 both repeated this feat, taking the band’s tally for Irish No.1 albums to seven.

Despite changing trends and most of their peers falling by the wayside, Westlife continued apace. Their tenth album Gravity topped the Irish album charts, but shortly afterwards, the band announced that the ensuing tour would be their last. If they needed proof they’d be missed, they got it almost instantly. The tour sold out in minutes, a crowd of over 80,000 people flocking to bid them farewell at Croke Park Stadium.

The band stuck to their guns, right up until 2018, when they returned to the studio to record Spectrum, which featured James Bay and Ed Sheeran and went on to top both the UK and Irish album charts. In September 2019, they announced a huge Stadiums In The Summer tour. Westlife’s 2020 tour was cancelled due to the coronavirus pandemic, with the Páirc Ui Chaoimh and Wembley Stadium shows rescheduled to 2022.

In 2021, the group released the lead single Starlight from their 12th studio album, Wild Dreams, which was scheduled to arrive on 26 November 2021.