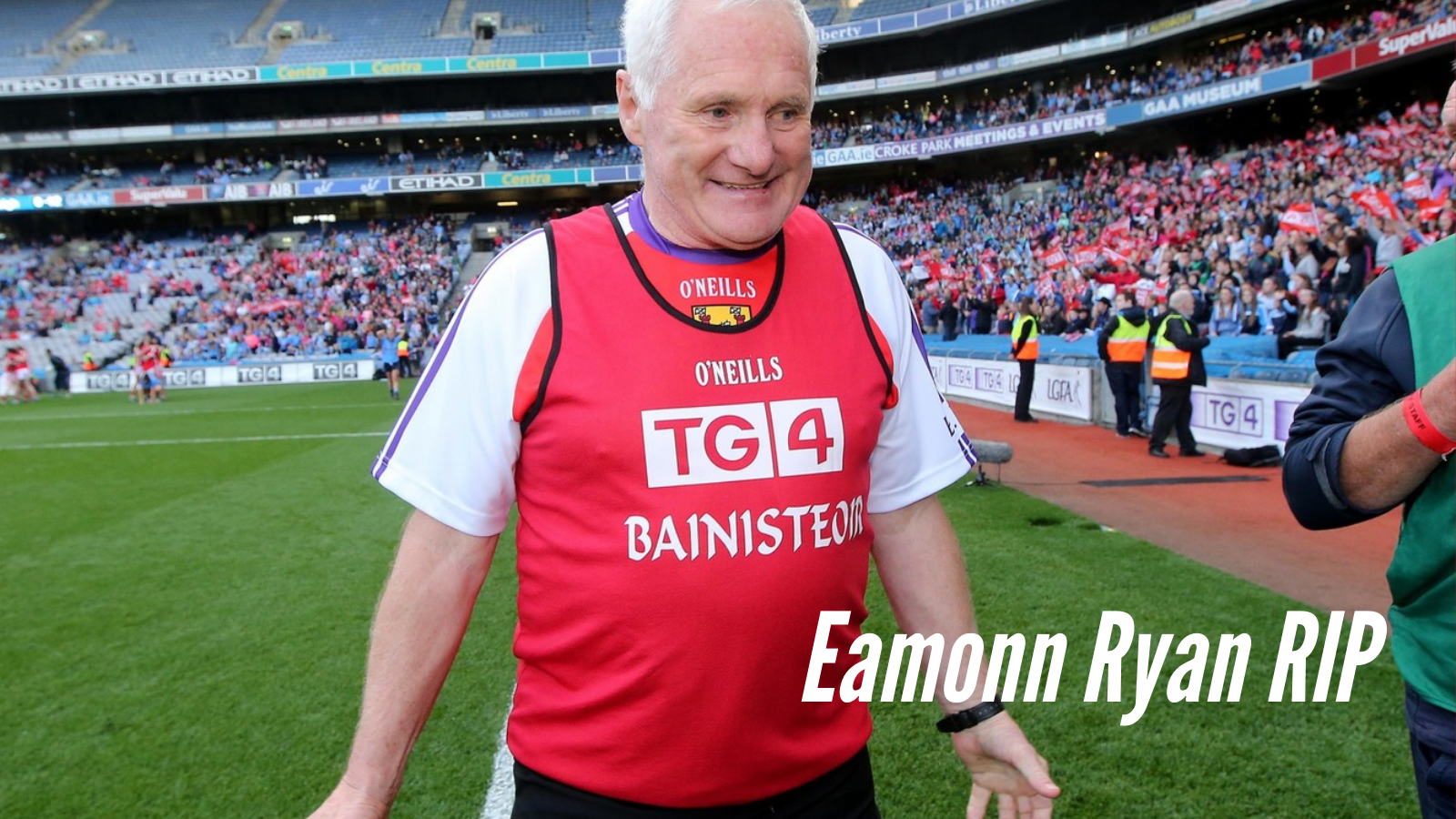 Cork GAA would like to express our deepest sympathies to the family and friends of Eamonn Ryan who past away today.

A player and coach of his home clubs’ of Glenville and Watergrasshill, Eamonn went on to play with Cork football at both Cork Juniors and Seniors grades. In 1966 at 25, he was a key player on the Cork senior football team that defeated Kerry for the first time since 1957.

He played Railway Cup for Munster in 1966 and 1967 and won two Sigerson Cups with UCC in 1966 and 1967. He captained the College in the 1967 Cork senior football final and replay where Beara claimed the title.
As a teacher he entered many teams in Sciath na Scol competitions with Watergrasshill National School.

Eamonn had grá for coaching, where he coached different clubs to win County honors in Cork.
Eamonn claimed a Munster senior football title as Cork manager in 1983 and from 1990 to 1994 he was coach to Cork minor football teams who won 3 Munster titles and 2 All Irelands. In recent times (2016 – 2018) he was a selector with the Cork senior footballers.

It is with huge sadness we inform you that Eamnon Ryan @GlenvilleGAA @WatergrasshillG @ucc_gaa @CorkLGFA & @OfficialCorkGAA passed on to his eternal rest this afternoon after a illness bravely fought. A legend in his own lifetime.
Ar dheis Dé go raibh a anam dílis . pic.twitter.com/WpDLrm6UHx