On Tuesday afternoon, Cork’s hurling and football league programme was announced for this year’s Allinaz leagues.

The Hurlers will compete in Division 1a of the league, they will meet Waterford, Tipperary, Westmeath, Limerick and Galway. Our footballers are in Division 2A South and will play Kildare, Laois and Clare. 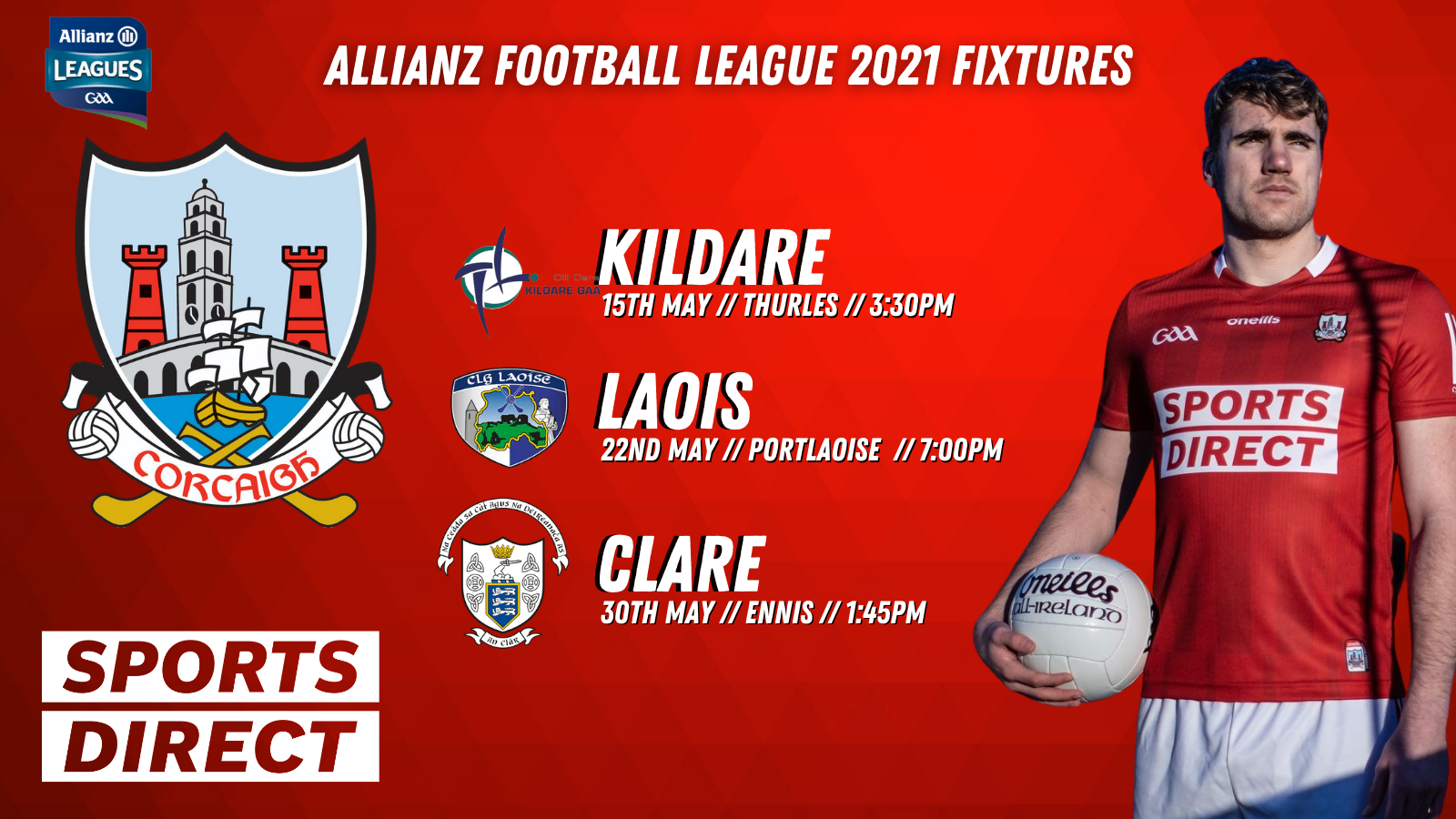 The Allianz Football League will from the weekend of May 15/16 to the weekend of June 19/20 with Divisions split into North and South as originally planned in December.

Four teams will be in each group based on geography with three Round Robin games per team. The top two in each divisional group will advance to the league semi-finals followed by a league final.

The bottom two in each divisional group will play relegation semi-finals with the two losers of those matches relegated. The bottom teams in Division 4 will play a Shield semi-final and final.

League finals will only be played on June 19/20 if counties involved are not playing in the championship the following weekend. If they are, then joint winners will be declared for Division 1 and joint winners and promotion for Divisions 2, 3, and 4.

London will not be participating in the 2021 Allianz Football League. 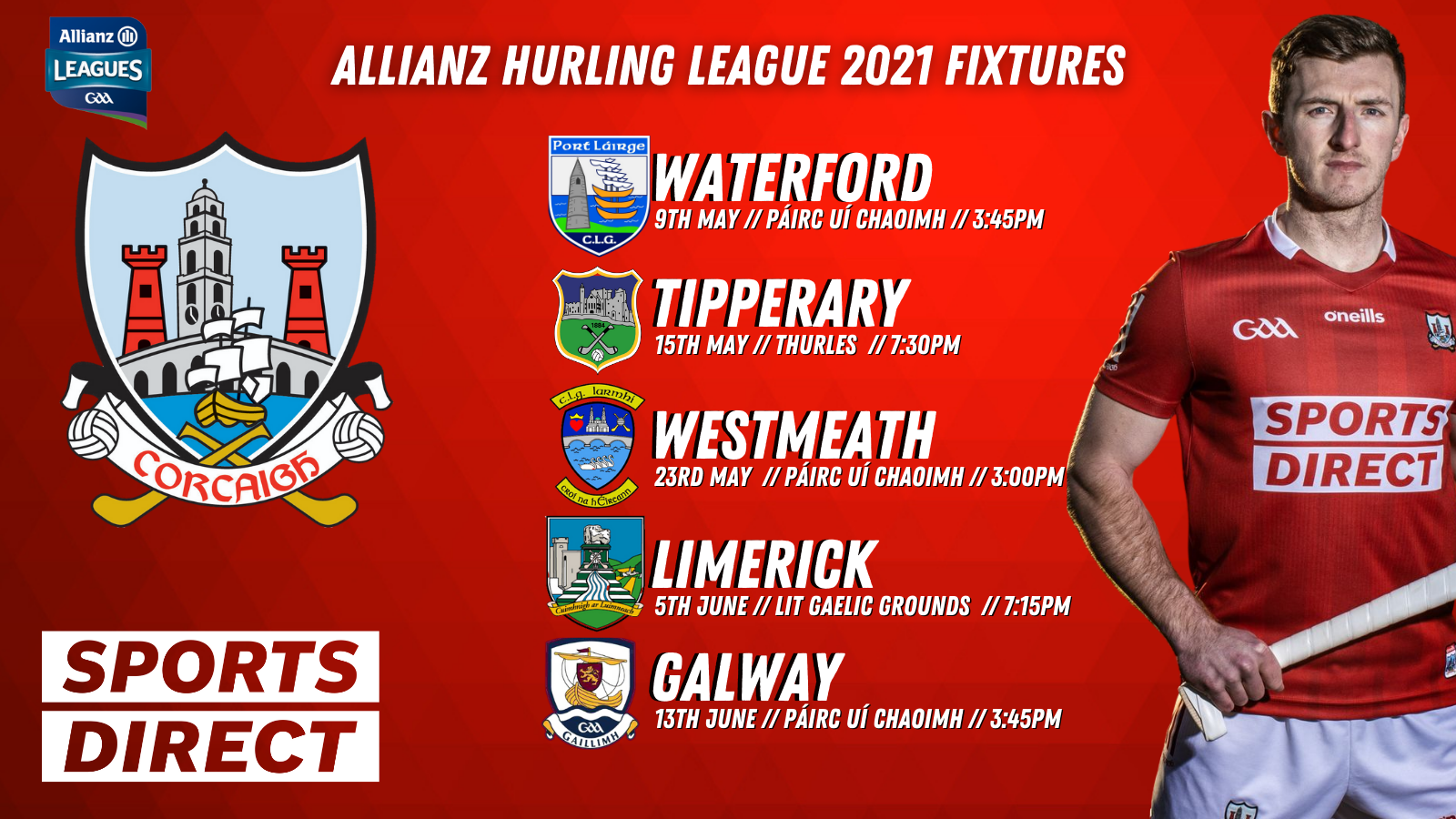 The Hurling League will league will start with a bang on Saturday, May 8, when r Limerick play Tipperary in the LIT Gaelic Grounds at 5.30pm.

There will be no Division 1 Hurling League quarter-finals, semi-finals, or Final played. There will either be joint winners for 2021, or or if the teams that win Div 1A and Div 1B meet in the Championship, this will double as a League Final.

The Division 1 Hurling League Relegation Play-off will be played as curtain raiser to Senior Hurling Semi Final in August.

Divisions 2 and 3 will not have League Finals either. The top team in each Division will be crowned champions. The bottom team in Divisions 2A, 2B, and 3A will be relegated.

British based teams will not be involved in the Allianz Hurling Leagues this year. London and London and Warwickshire will start 2022 in Divisions 2B and 3A respectively; Lancashire in 3B.

Full League programme is below for both Cork and all other counties is outlined below.

Correspondence from Uachtarán CLG for juvenile coaches
Scroll to top