Cork will play Clare in Ennis on Sunday in Round 3 of Allianz Football League.

The Cork team to play was announced on Thursday. Check it out below, 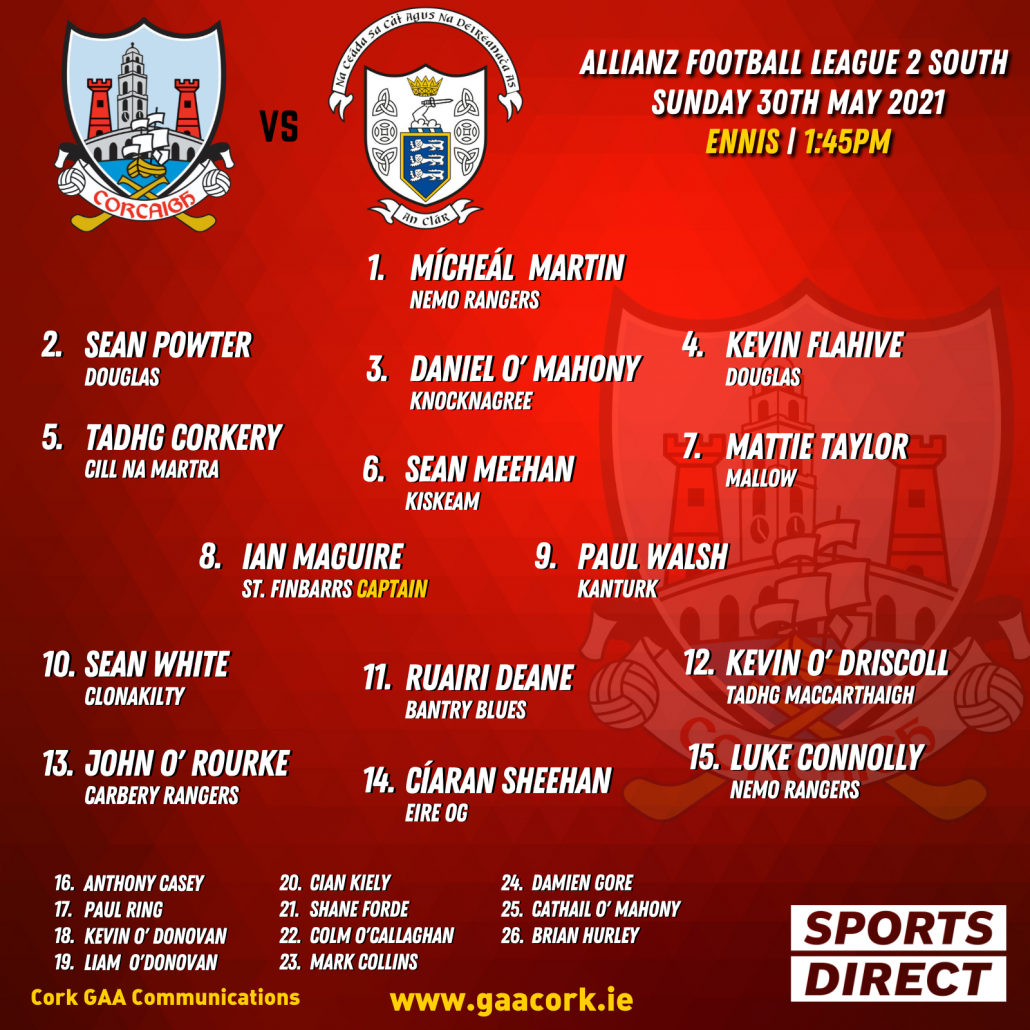 All you need to know about the game

Where is the game on and what time is throw-in?
The game will take place in Cusack Park in Ennis on Sunday, 30 May.

What TV channel is it on and can I stream it?
The game will be shown live on TG4 as part of their GAA BEO coverage.

Coverage for the game will begin at 1.15 pm with throw-in 30 minutes later.

Viewers looking to stream the game can do so live through the TG4 streaming service here.

Who can qualify for the semi-final

The top two in each group of four goes through to their respective divisional semi-finals, while the bottom two play-off in a relegation semi-final.

If teams finish on equal points, their placings will be decided on the following:

Where two or more teams finish level on points:

1 – The winner of the meeting between the two sides (if just two). 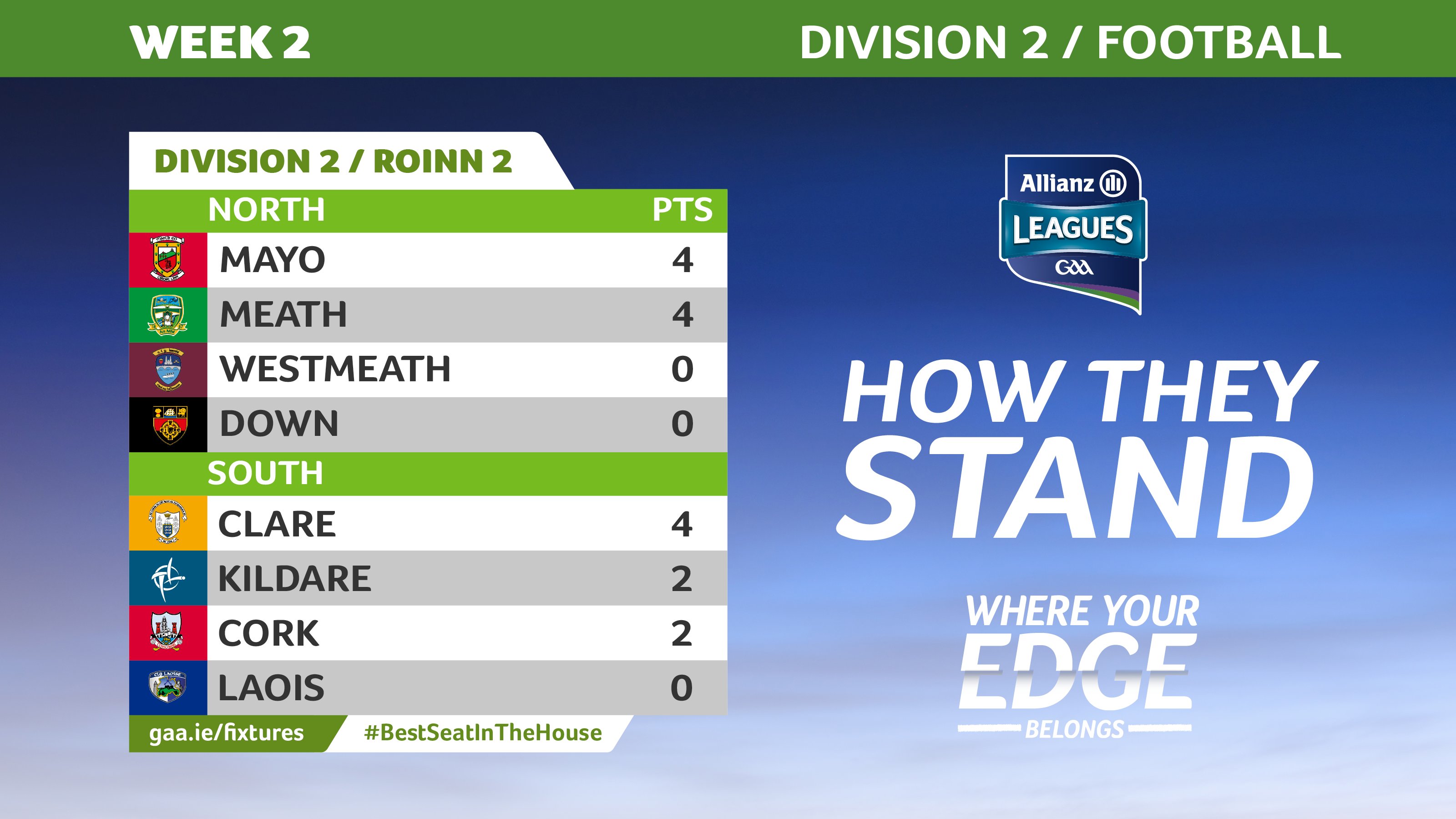