Cork team to play Limerick will be announced on Friday at 9pm at www.gaacork.ie

Before the group stages of the Munster championship commenced, this will be the first meeting of Cork and Limerick in the Munster Senior Hurling Championship in 2013.

Game will start at 7pm in Semple Stadium Thurles.

The match referee is Paud O Dwyer from Carlow.

Coverage of the game

TV coverage of the game is on Sky Sports. On the radio, C103 will broadcast live along with RTE Radio 1. Their will be updates on Cork’s RedFM, 96fm and Radio na Gaeltachta.

Cork GAA will bring you coverage on Social Media with live score updates on our twitter page @officialcorkgaa and updates before during and after the game on all over social media channels. 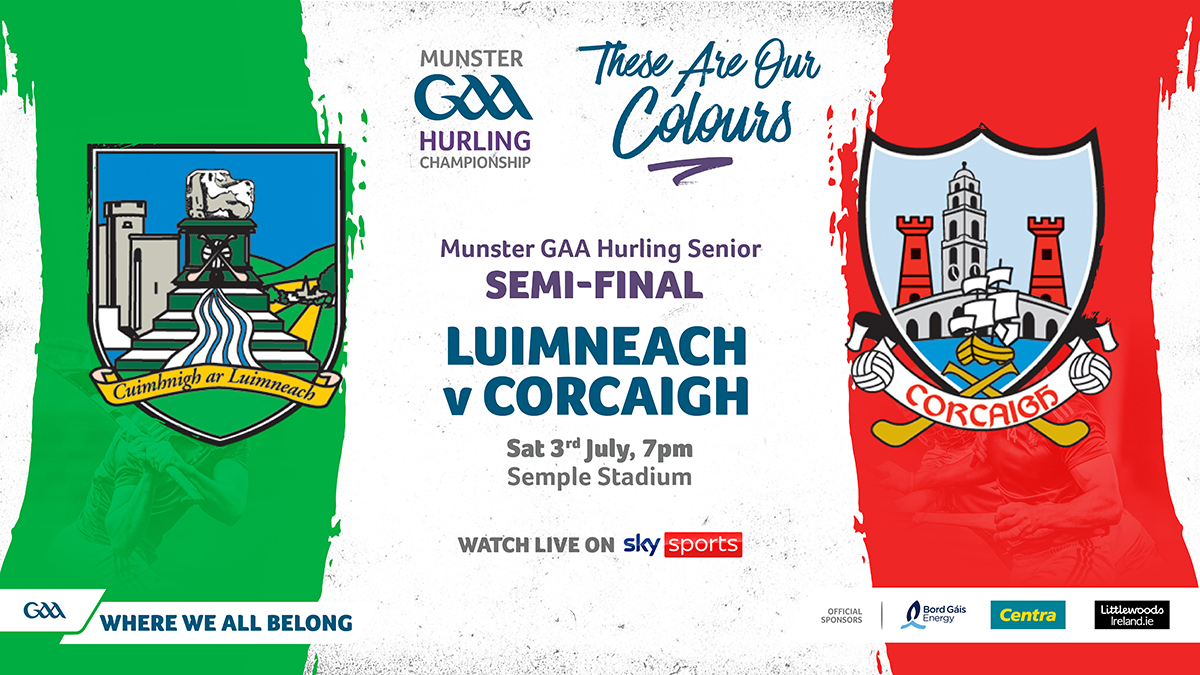 Cork hurling manager Kieran Kingston says the Rebels will pick from a full panel for next Saturday’s Munster SHC semi-final clash with Limerick.

“From the panel perspective, we have training tonight (Saturday) and we have a clean bill of health for everyone. As of now everyone is available for selection.

“Now, a lot can happen in a week, but as of now they’re all available for selection and we have one or two who have come back into training in the last couple of weeks.

“Bill Cooper is back training the last couple of weeks and Colm Spillane is back in modified training at the moment, so they’re getting back to match pace.

“It’s the first time this year we’ve had everyone available for selection, touch wood. But obviously some of those players are only back a couple of weeks, so they haven’t got a lot done at this stage.

“It’s unusual, because there’s been so much training and games in a short period of time that you’ll always pick up niggles. We had a very bad run of niggles when we came back to training, which is only to be expected, I suppose, but as of now everybody is fit for training.”