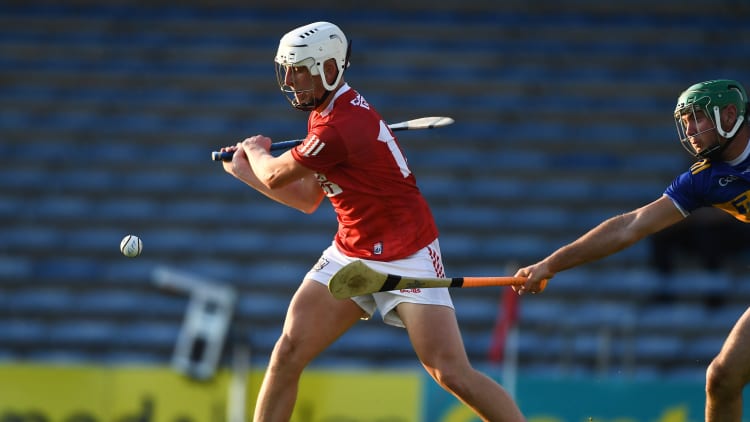 By Shane Brophy at Semple Stadium

Cork inflicted another second half drubbing on Tipperary as they came from six-points down to win this Munster Under 20 Hurling semi-final at Semple Stadium last evening.

Cork began brightly with scores from Brian Hayes and Ciaran Joyce but Tipp quickly settled and after Dara Stakelum and Devon Ryan levelled, Max Hackett ran onto a Sean Hayes centre to drill to the net.

Devon Ryan starred in the first half and would score a further seven before half time. Kian O’Kelly saw an effort at goal whizz over the bar as Tipp were looking dangerous in every attack. Points from Sean Quirke, Daniel Hogan, and Jack Cahalane kept Cork in touch but were six adrift at half time, 1-13 to 0-10.

However, much like the senior final 48 hours earlier, Tipp were swamped after half time with Cork hitting the first four points before Daniel Hogan flicked home a 39th minute goal to put Cork in front. Tipp’s only third quarter point came from Devon Ryan but Ciaran Cotters goal just before the second water-break put Cork four in front.

They kicked on there after with the bench contributing 1-4 with Luke Horgan’s goal on 58 minutes killing the game off and Kyle Shelly’s goal in added time for Tipp a mere consolation.