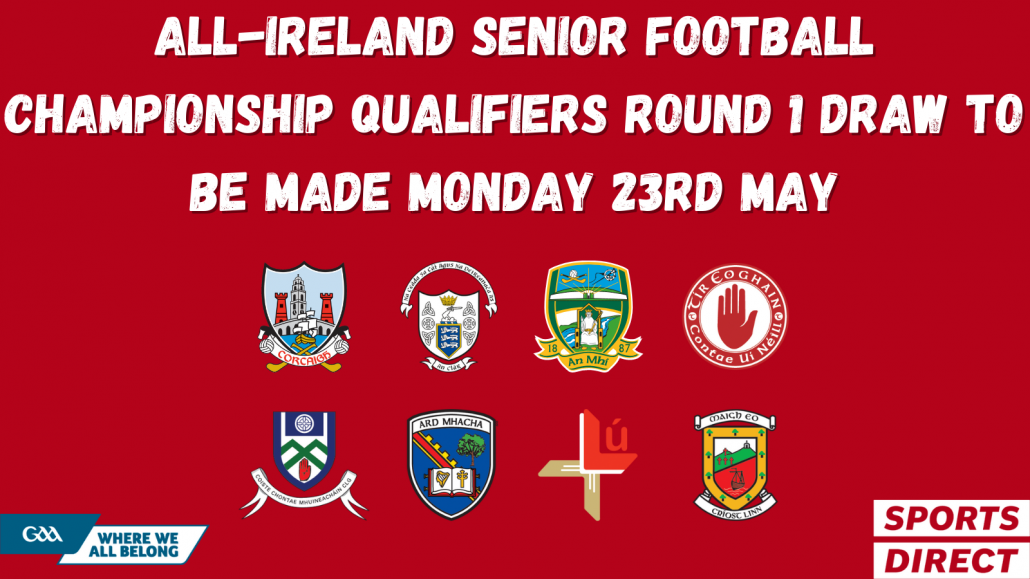 The draw for the first round of the All-Ireland SFC Championship qualifiers will take place on RTÉ Radio 1’s Morning Ireland programme this coming Monday 23rd May 2022.

It will be made just after 8.30am. The eight counties from Divisions 1 and 2 of the Allianz Football League that did not qualify for their provincial finals will be in the pot: Mayo, Meath, Louth, Clare, Cork, Tyrone, Armagh and Monaghan.

The games are scheduled to be played on the weekend of 4/5 June, with throw-in times and venues to be confirmed by the Central Competitions Control Committee (CCCC) at a later date.

An open draw will be made to determine the four pairings, with the first team drawn gaining home advantage.

Home venues will be subject to approval by the CCCC.