On Sunday evening, following the conclusion of the Co-Op Superstores County Hurling semi-finals that were played across the weekend, The Competition Control Committee (CCC) met to confirm details of the County finals 2022.

The details have been confirmed as follows:

In total, five hurling finals will take place over two weekends, with all games taking place at Páirc Ui Chaoimh.

The first game will see Mid-Cork side Cloughduv playing East Cork side Dungourney at 2pm on October 9th in the Co-Op Superstores Intermediate ‘A’ Final.

The Co-Op Superstores Premier Senior Hurling final will be an all-city game between Blackrock and St. Finbarr’s. Blackrock are back in the final again after winning in 2020, for St. Finbarr’s they are in their first final since 1993. The final will take place on October 16th at 4pm.

The Premier Intermediate final between Inniscarra and Castlemartyr will be played before the Premier Senior game with a 2pm start time with the winners of this game joining the senior ranks for 2023.

Information on tickets will be announced shortly and will be on sale on www.gaacork.ie/tickets 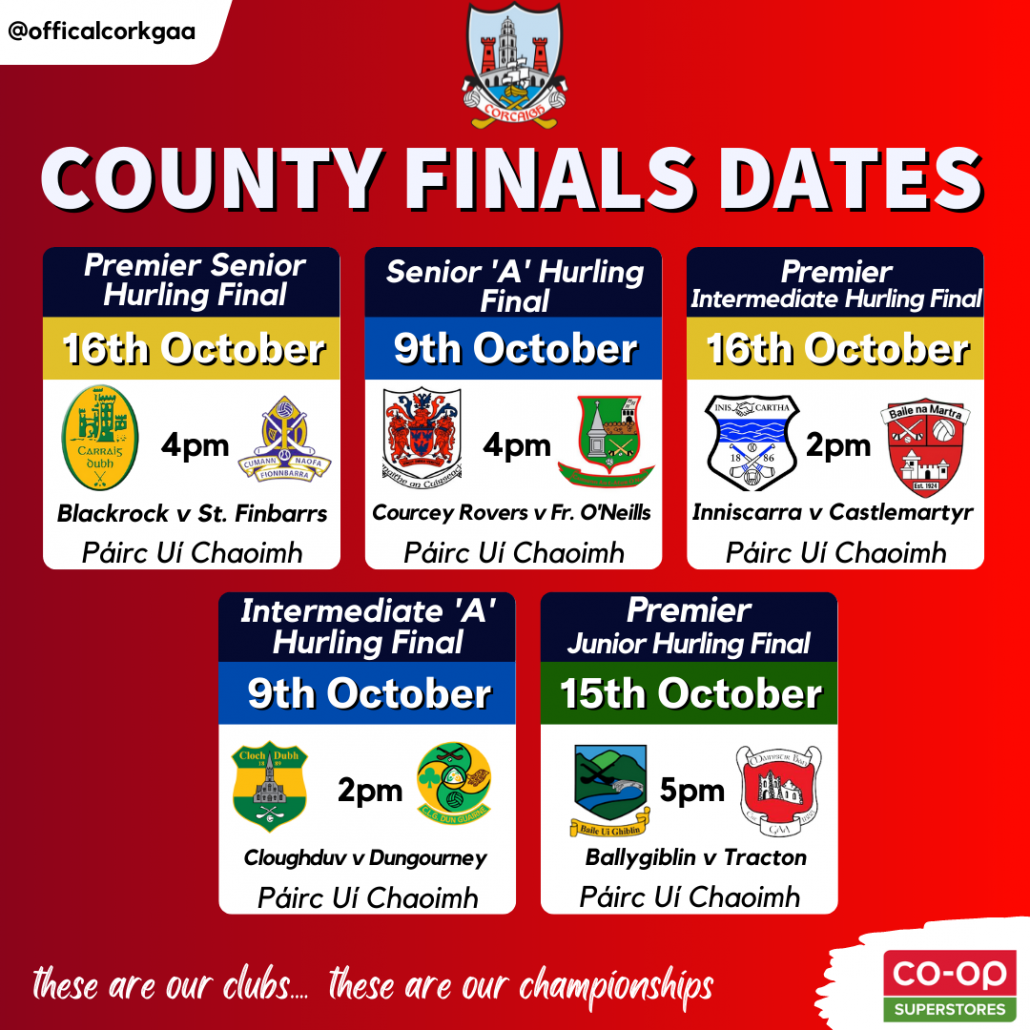