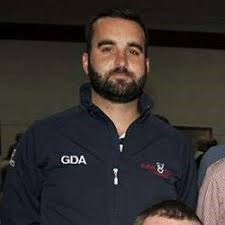 I am the GDA for the Mid Cork* region. Traditionally Mid Cork is Muskerry, but this area is slightly different. Stretching from Crosshaven in the South East, to Barryroe in the South West, to Laochra og in the North West to Grenagh in the North East and all clubs in between. James McCarthy caters for some clubs in the area that are football only whilst Paudie Crowley also assists the Carbery based clubs in the catchment area.
Primary Schools: From January to March, I continued my coaching program in the schools in my region who had registered for the ‘5 Star Centre’ program. The visits focused on Fundamental Movement skill activities for the Junior infants to 2nd class and also providing the teachers with a worksheet with a number of fun games that they can do with the class group when I leave. Each class was supposed to get 5 visits, one each term as part of the program.
Post Primary: Main focus continues on the junior side of the schools with a weekly program of coaching in a number of schools who wish to avail of the coaching for their first years and u14s. Most of work was around Hamilton High School and Kinsale Community School. Provision of TY coaching course is available throughout the year as well as coordination of the U14.5D grade school blitzes in Pairc ui Chaoimh for schools with lower numbers. With the Blitz program in place at U14.5 D level for the past few years, having started with Noel Crowley, we are now at a stage where there are less schools participating as they have progressed into a stage of being able to field 15 a side. This is testament to the hard work of the teachers in the schools in arranging games and facilitating training sessions.
Development Squads: At U14 level, we were in the selection phase for both Hurling and Football. The area i cover caters for 2 Football regional squads and 1 Hurling regional squad. With up to 200 players taking part in the trainings and games, we were in the final stages of selecting panels before the coronavirus shut down the GAA.
Club Development: Throughout January to March, I was visiting with clubs who had signed up as part of the Club Development program. We were working on a new program this year titled “Identifying your clubs values”. In this workshop, we were trying to identify the values of the clubs, identify how success was measured, put in place targets to focus on for the coming months as well as individually specific topics which may of crept up. Clubs found these workshops very beneficial and I hope to roll them out again as soon as the lock down lifts and it is safe to do so.
Lock Down: Since the lockdown, we have had to adapt a huge amount. Time spent before driving, coaching kids, coordinating Monster Blitzes, meeting clubs, teachers and mentors is now sat in front of a computer planning for our role going forward and identifying ways we can adapt our role to assist the clubs, schools and coaches. We have been very proactive in a number of areas in Cork with the Coaching & Games staff. We were the first county to role out weekly Educational Webinars for coaches which are ongoing every Wednesday night, some of which have had over 1,000 views. We also hosted a Virtual Easter camp for 5-8 year olds and 9-12 year olds which at last figures had about 14,000 views between live and follow up viewing. Other GDAs are hosting Foundation courses and Skill videos, so the chances for coaches and kids to upskill is still being provided.
https://gaacork.ie/wp-content/uploads/2020/05/Colm-crowley-.png 225 225 Joseph Blake https://gaacork.ie/wp-content/uploads/2019/10/logo.png Joseph Blake2020-05-13 13:00:062020-05-13 13:00:06Profile of Colm Crowley - Mid Cork GDA
Getting Through COVID-19 Together – May 2020 issue 1