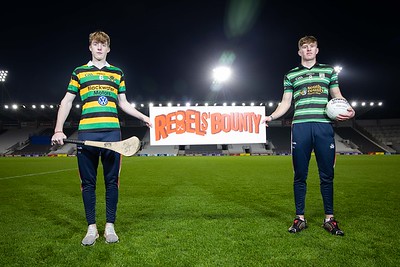 Tickets are going on sale this Friday, December 4th from 3pm for Rebels’ Bounty, a new fundraising initiative by Cork GAA designed to support Cork players, clubs and county. The initiative offers a spectacular total prize fund of €500,000, with one lucky club member set to win €100,000.

Rebels’ Bounty is an initiative of Cork GAA to give clubs a significant opportunity to raise funds at a time when traditionally fundraising has been impacted by restrictions imposed to prevent the spread of COVID-19.

Tickets for the draw cost €100 each, and tickets will be sold directly by your club in County Cork or on line at gaacork.ie/rebelsbounty. In every draw, there are 30 cash prizes, ranging from €100 to €20,000. In April and December, the top prize will increase to €25,000. In December, the bumper prize of €100,000 will be given away. The first draw will take place on Wednesday, February 24th where prizes will be draw for January and February 2021.

All the funds raised by the Rebels’ Bounty will be directly and indirectly invested in Cork GAA clubs. The draw is designed to ensure that most of the funds are kept locally to help improve facilities and equipment, while the remainder will be used by Cork GAA to invest in programmes such as Rebel Óg and supports for inter-county players.

Tracey Kennedy, chairperson of Cork GAA, said “The Rebels’ Bounty is a unique opportunity for clubs to raise funds locally, and keep those funds locally. This has been a difficult year for all our clubs, and we hope that members across Cork will stake their claim in the Rebels’ Bounty to support players from under 5s to inter-county. We hope that the new prize structure will provide an even better incentive for members to buy and for clubs to sell tickets. This prize fund will be distributed across the entire county. We would like to wish everyone the best of luck, and thank them for their efforts in supporting the future of our clubs and our county.”

Speaking at the launch of Rebels’ Bounty Kevin O’Donovan, CEO/Secretary Cork GAA commented “Following from the launch of One Cork we are now delighted to official announce details of Rebels’ Bounty, marking the beginning of a new fundraising era for Cork Clubs. We have increased the prize fund to ensure maximum return for our members, with 30 prizes monthly. We listened to our members and all 30 prizes are now in cash. 2020 has been a unique and difficult year for our clubs and I’m delighted to launch this appeal allowing clubs to raise vital funds at a time when it is extremely hard to do so.” 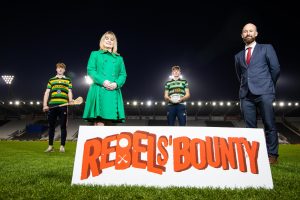 Election of Officers
Scroll to top