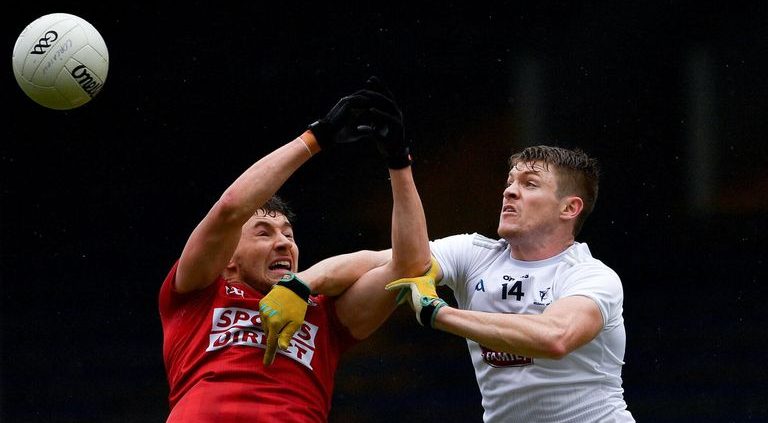 Cork footballers suffered suffered a opening round defeat in the Allianz Football League against Kildare today in Thurles.

Cork started well and scored the first three points of the game but Kildare enjoyed a long period of dominance between the 30th and 65th minutes when they out-scored Cork by 2-9 to 0-4. It was a confident and well drilled Kildare performance and O’Connor was pleased by many aspects of his team’s performance, not least that by 19-year-old debutant Alex Beirne, and also the chance to hand debuts to Shane O’Sullivan and Brian McLoughlin late in the game.

Cork’s full forward line – John O’Rourke, Brian Hurley and Cathail O’Mahony scored early on and they led 0-4 to 0-3 going into the water break and if anything should have been further ahead.

Kildare’s hard work around the field gradually got them back in the game but they lost the services of Daniel Flynn, who had scored two superb points, to a hamstring injury on the half mark.

Rather than the loss of Flynn hurting Kildare, it seemed to bring even more from them and his replacement, namesake Neil, put Kildare ahead for the first time with the last kick of the half from a magnificent free from full 50 metres or more, 0-7 to 0-6.

Sensing their opportunity, Kildare kept the pressure on in the second half. Paul Cribbin’s second point of the game made it 0-11 to 0-8 in the 59th minute and from the kick out, Kildare won possession and worked the ball to Kevin Flynn who calmly finished the back of the Cork net.

Cork almost replied instantly but Ian Maguire’s effort only clipped the bar on the way over after beating Donnellan to a high ball.

It was be Kildare’s day though and Jimmy Hyland made sure of that when he found the net in the 60th minute after some brilliant work in the build up by Aaron Masterson and Darragh Kirwan.

Kildare led 2-12 to 0-9 at that point but Cork rallied late in the game. Cathail O’Mahony scored four points, with Ciaran Sheehan also on the scoresheet but their day ended on a sour note when Brian Hartnett was dismissed for a straight red card offence following an off the ball altercation with Masterson.