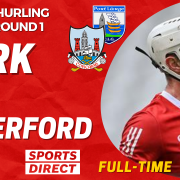 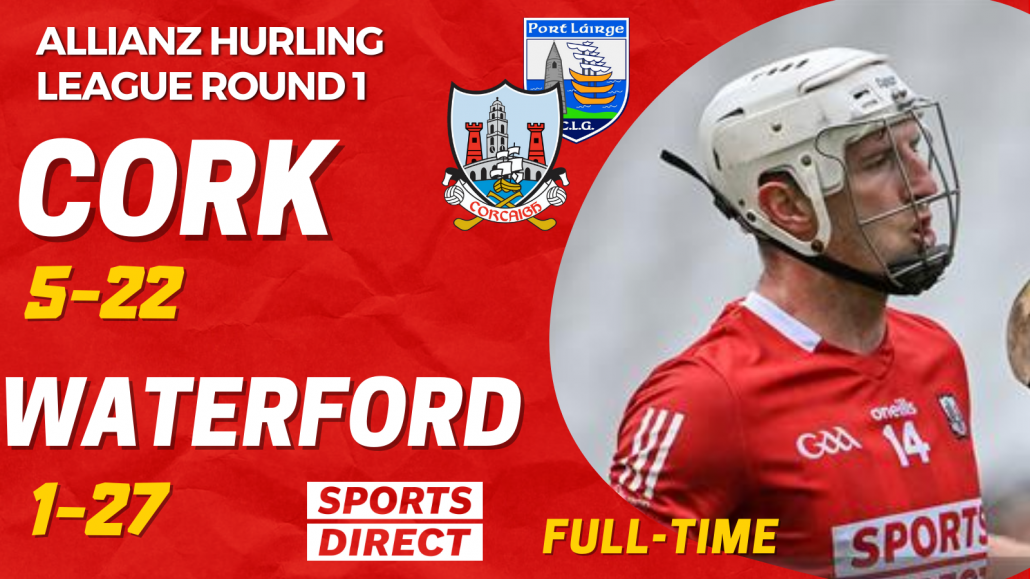 Cork got off to a winning start against Waterford in Sunday’s Allianz HL Division 1 Group A clash at Páirc Uí Chaoimh, but needed a trio of late goals to be sure of the points.

The Rebels never trailed against a side that beat them in the League and Championship last year, but what had been an 11-point lead at one stage was reduced to four as Waterford fought back late in the second half.

However, Cork’s bench had a decisive impact as a goal from sub Shane Kingston was followed by two more from another man brought on, debutant Alan Connolly. Though Waterford had a late flurry with an unanswered 1-3, the goal coming from Stephen Bennett, Cork still retained a seven-point cushion by the end.

The opening stages of the first half were close but Cork established some daylight to lead by 0-6 to 0-4 by the water-break, Jack O’Connor going closest to an early goal for them. When action started again, they did find the net with a flowing move that saw Shane Barrett and Darragh Fitzgibbon link to set up Robbie O’Flynn for a well-taken finish.

Frees from captain Patrick Horgan and a Séamus Harnedy point helped them to 1-12 to 0-8 half-time lead, with Stephen Bennett the Waterford scorer-in-chief.

Cork moved eight ahead thanks to Horgan early in the second half and, after Bennett responded, Horgan almost had another Cork goal but Waterford full-back Conor Prunty pulled off a superb block.

Even so, Horgan (free) and Luke Meade were on hand to put Cork nine ahead, 1-15 to 0-9. After Waterford’s Kieran Bennett got his second point, the Rebels struck for a second goal, with Jack O’Connor finding the net after Waterford were turned over coming out of defence.

The lead was 2-15 to 0-10, but Waterford came back again, with Austin Gleeson impressive for them while Bennett continued to be deadly accurate from dead balls. It was 2-18 to 0-18 by the time of the second-half water-break, with Cork pushing ahead again as Horgan and O’Flynn had points.

Still Waterford wouldn’t relent and Waterford ate into the deficit, point by point. With the margin down to four points, Cork might have been nervous but it didn’t show and they made sure they did enough to secure the victory as Kingston’s goal gave them breathing space before Connolly was on hand to net his brace.

They travel to face Tipperary next Saturday, while Waterford are up against Westmeath. 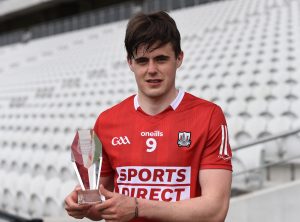 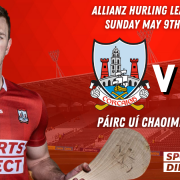 The Cork Senior Hurling team to play Waterford in Sunday’s Allianz Hurling League has been announced. 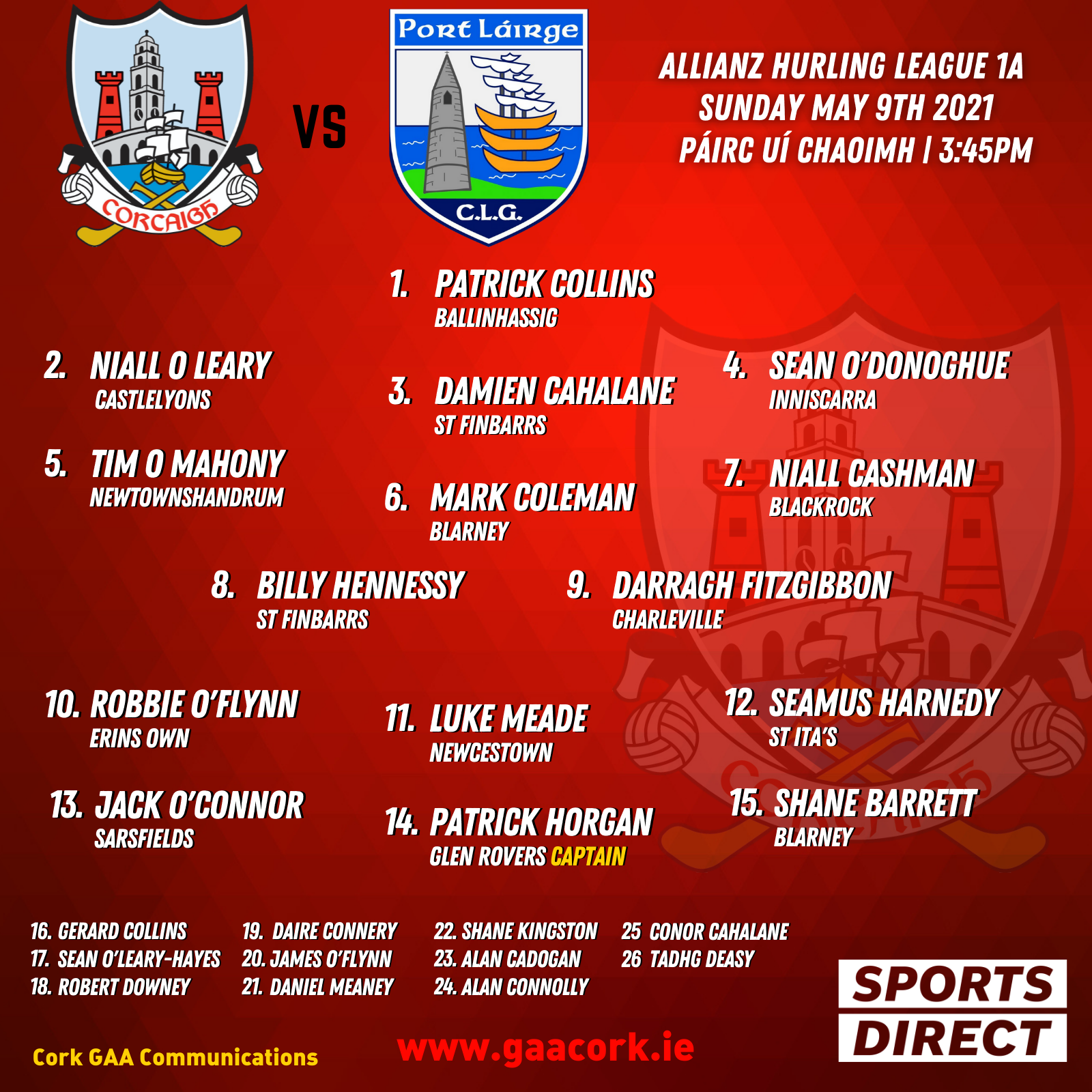 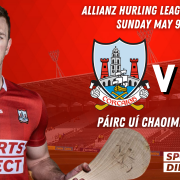 Cork will play Waterford in Round 1 of the Allianz Hurling League Division 1A on Sunday May 9th at 3:45pm in Páirc Uí Chaoimh

Cork Team to play Waterford has been announced here 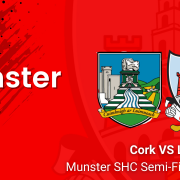 Cork have been drawn against Limerick in Semi-Final stages of 2021 Championship.

On the other side Clare will meet Waterford in the open game with the winners playing Tipperary in the Semi-Final.