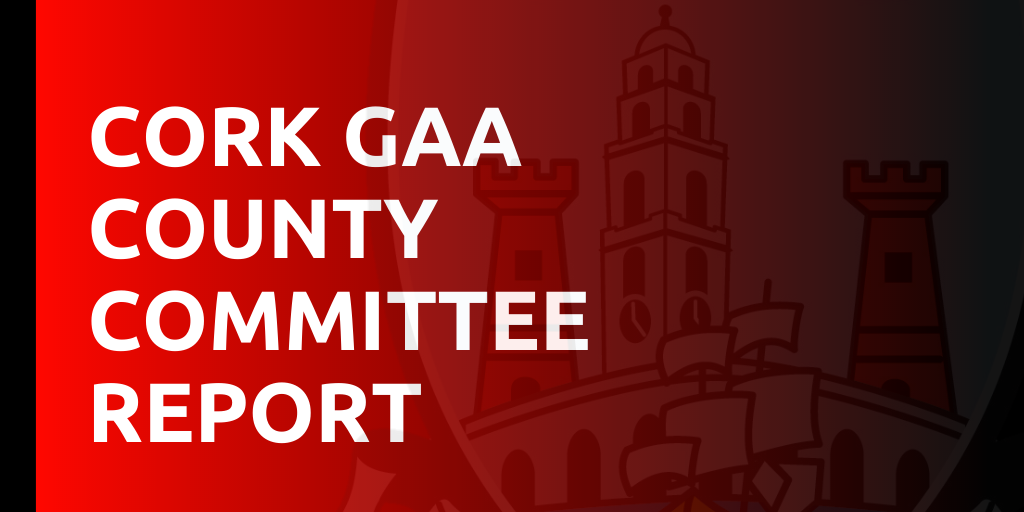 The minutes of the previous meeting were taken as read and adopted.

Correspondence was received from Rathpeacon disassociating themselves from the comments made by their delegate at County Convention regarding the Cork GAA Clubs’ draw.

The Chairperson updated delegates on recent financial issues, reporting that the Executive had met the Audit and Risk Committee on January 6th, and that it was a very useful and constructive meeting at which the A&R Committee had clarified its concerns around the reporting of the stadium accounts. She pointed out that the Committee had been appointed to ask questions of the Executive, that there was huge value in their advice and that the Executive had stressed at the meeting that they hoped they would continue their support.

A timeline had been secured for the completion of the 2019 stadium accounts, commencing with an audit meeting on February 3rd and it was hoped that the accounts would be signed off on by mid to late March. The Audit and Risk Committee had responded to indicate that while they would have preferred the accounts to be presented earlier, they accepted the proposed timeline as the best that could be achieved but stressed that going forward, the stadium accounts should be available in a similar timeframe to the County Board accounts. The Committee had also assured the Executive of its help and support with the ongoing financial challenges.

The Chairperson reiterated what had been said at Convention in relation to the stadium accounts, saying that the Board could not fool itself that those accounts would present a pretty picture given that the stadium had certainly incurred further losses in 2019.

Some further discussion followed with both the Chairperson and the Runaí hoping to have further clarity in relation to delegates’ questions in due course.

The Runaí reported that the new pitch would be ready in time for both Senior teams to have a run-out there before the opening games of the Allianz Leagues, and clarified that club games would be played there in 2020. He also reminded delegate of the premium seat re-launch that took place in November and encouraged anyone who might be interested in purchasing seats to contact Páirc Uí Chaoimh.

A discussion was held in relation to the County Board finances, with the Cathaoirleach reporting that the Executive had met various groups and was considering various proposals. A number of delegates spoke against the proposal made by a club delegate at County Convention that delegates should not get passes for 2020. Other delegates felt that they should give up their passes with one delegate highlighting the work done by the underage in the clubs and that they receive no pass. Decisions on all such matters would be taken at a later date.

Inter-county match reports were read, and the Chairperson extended best wishes to both Fr O’Neills and Russell Rovers who are playing in the All–Ireland club finals this Saturday in Croke Park, and also to Colm Lyons and Conor Lane who will referee the All–Ireland Senior club finals on Sunday.
She also wished the Cork U20 team the best of luck in the final of the John Kerins Cup.

The progress report was proposed and seconded, and the schedule of meetings confirmed.
The following delegates were elected to the Executive: Noel O’Callaghan (Clonakilty) – Senior Clubs, Donal McSweeney (Ballinora) – Intermediate Clubs, Michael Lyons (Araglen) – Junior Clubs and Tony McAuliffe (Duhallow) – Divisions. The Chairperson acknowledged the contribution of Dick Fitzgerald, who had completed his three-year term.
The appointment of Rebel Óg Chairperson, Michael O’Mahony, to the Executive was approved as per bye-law, as was the appointment of new referees’ administrator, Niall Barrett.
Willie Ring and Denis Kelleher were elected as Congress delegates.

A comprehensive CCC report was delivered by the Runaí, with some discussion taking place on U21 Championships. League regulations and the Master Fixture Plan were approved, and draws were made for Premier 1 and 2 U21 Hurling, Junior B Hurling, Junior C Football, U21 A, B and C Football (inter-divisional) and Senior Inter-Divisional Championships. Independent U21 teams were approved and clubs were reminded of the transfer deadline (28th January) and the new transfer form.

The Development Officer brought to the attention of delegates that Officer training would take place in Páirc Uí Chaoimh on Monday February 10th for Chairpersons, Secretaries, Treasurers and PROs. Clubs have been contacted in relation to this and are asked to reply to the survey that the PRO had sent to the clubs to identify the new officers in Cork.

Reports were presented from Central Council and Munster Council.

The PRO spoke about the contacts books and advised clubs that about 30 clubs had not submitted any information despite being asked three times and urged delegates to check with their secretaries if details had been submitted. He also reminded clubs to collect their Cork GAA yearbooks.

The Runaí confirmed that a U21 derogation had been given for 2020 but this was just a derogation.

A delegate raised about the naming of cups for the new competitions and the Runaí said no decision had been made yet.

The Chairperson congratulated Boherbue on its wins in Munster Scór na nÓg in the Rince Seit and Trath na gCeist competitions and congratulated the Runaí and his wife on the birth of their daughter in December.

Sympathy was extended to the families of those who had died since the last meeting.

The next meeting takes place on Tuesday, February 4th. 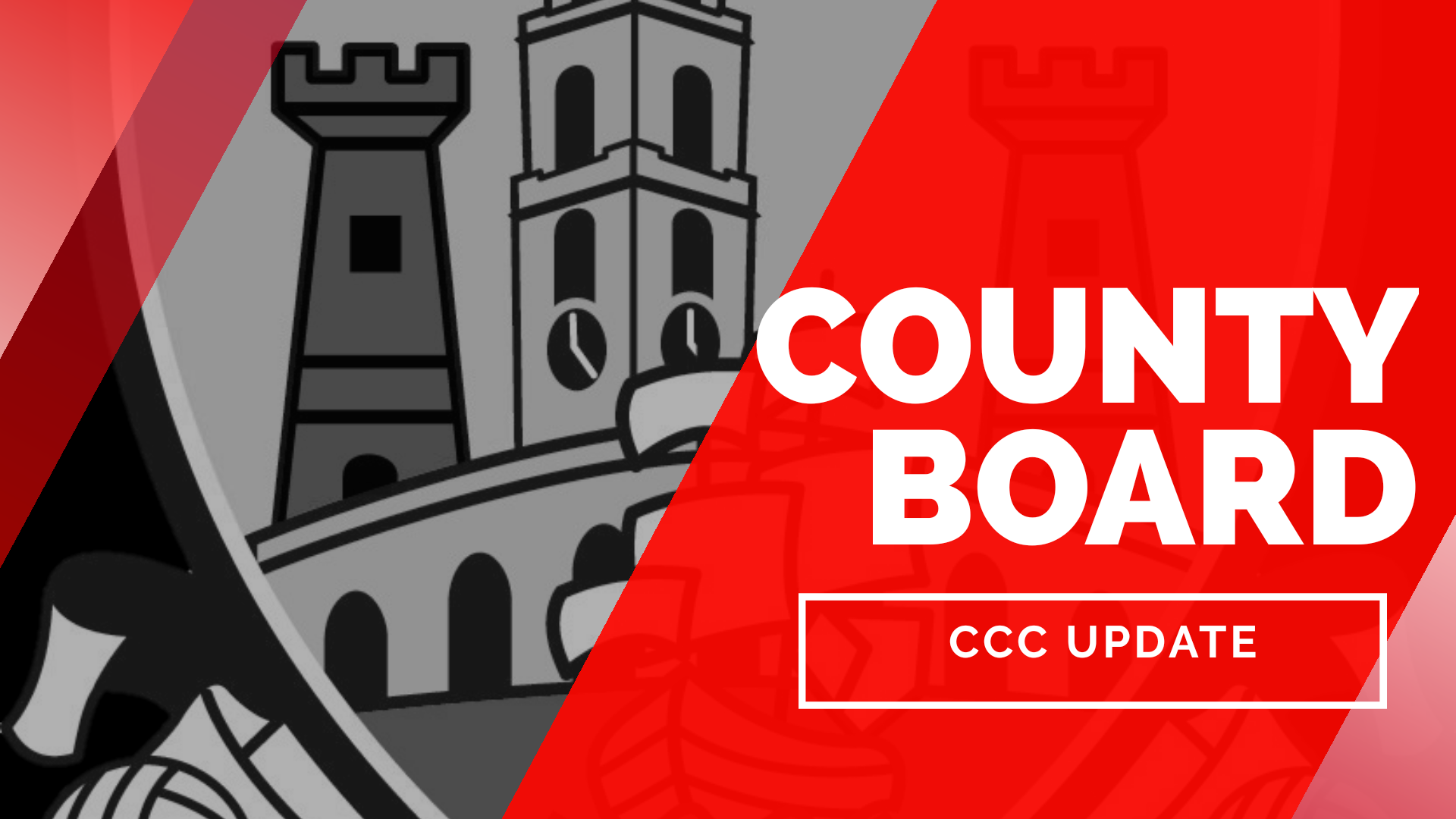 A full Master fixture plan for all County League and Championship games in Cork for 2020 was approved by the County CCC last night.

Details of all fixtures will be circulated later this week.

The following elements are included:

Regional leagues organised by the the Divisional boards will operate below this level in 2021 (eg. Division 7 – North, East, Mid, West) and the County Junior leagues will be abolished.

Club Championship Dates:
From April 3rd to May 17th and from July 17th onwards

U21 A, B & C Football – only Divisional winners (and Beara in ‘A’) to proceed to County stages with County quarter-finals scheduled for Saturday, March 28th (Divisional Rounds on Feb 1st, Feb 8th, Feb 15th, March 7th & March 21st

Premier 1 and 2 U21 Hurling will have 12 and 16 teams, respectively and will be played on a knockout basis starting in mid-August. Gradings and Draws to follow.

Junior B & C Draws will take place at next week’s board meeting and games will then be added to the Master fixture plan. Competitions to start in mid-April

Divisions / Colleges: With UCC, CIT and Imokilly (hurling) and Duhallow (football) receiving byes to the semi-finals of the Divisions / Colleges rounds of the County Competitions, the remaining teams will play-off in two groups of 3, with four teams then playing semi-finals and Finals across the following 5 Wednesdays May 20th, 27th, June 3rd, 10th, and 17th.

Junior A County Deadlines: due to the decision made nationally to bring the All Ireland Club semi-finals into December in 2020 and the subsequent effect on Munster deadlines, the start dates for the Junior A Hurling and Football County stages are w/e Sept 6th and 13th, respectively and will have to be strictly applied.

Tom Creedon Cup will run on in parallel with Hurling league weekends, on Sat, May 23rd, June 6th, June 20th and July 4th, subject to further consultation with the Macroom Club. 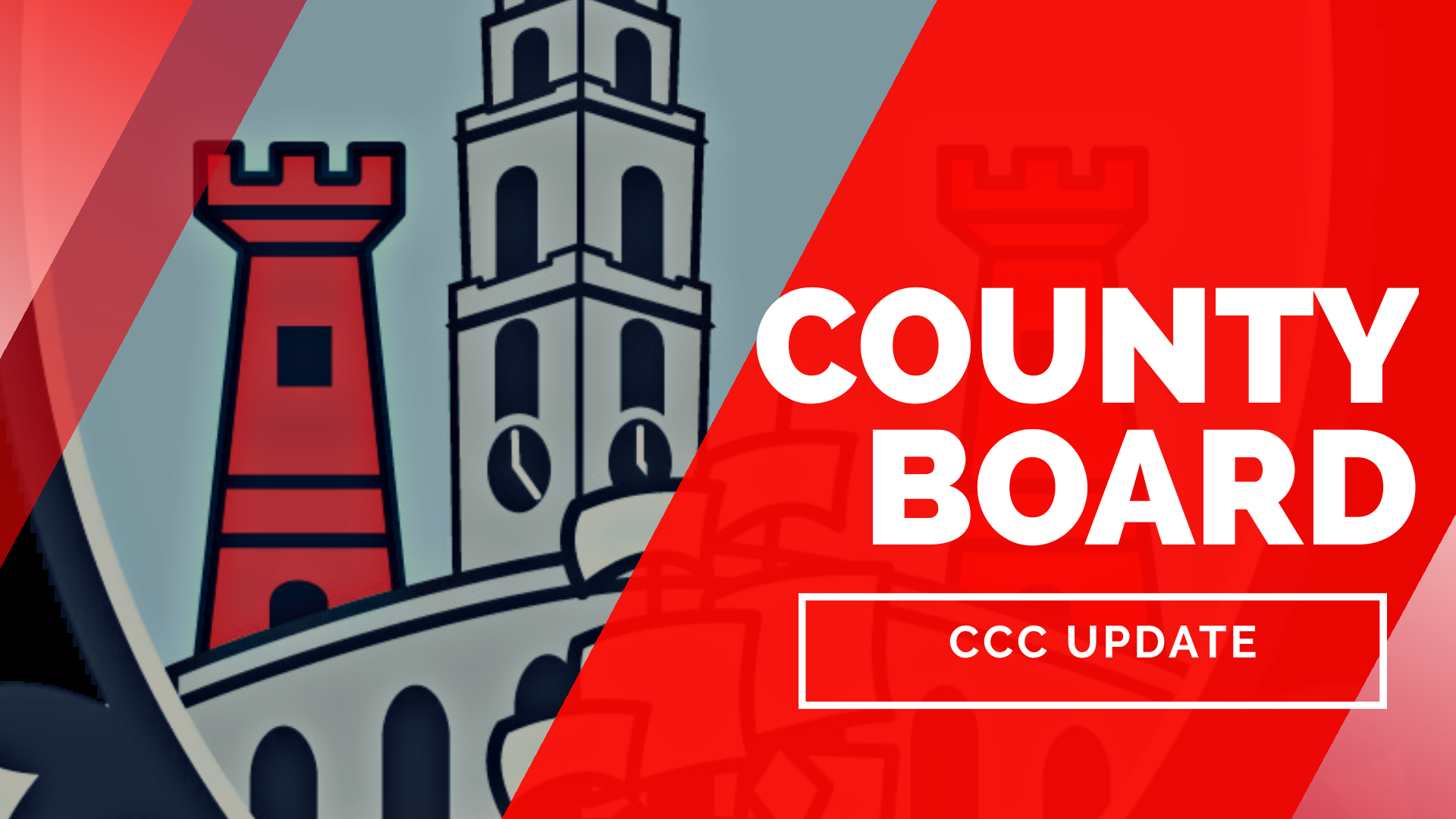