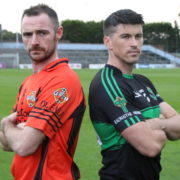 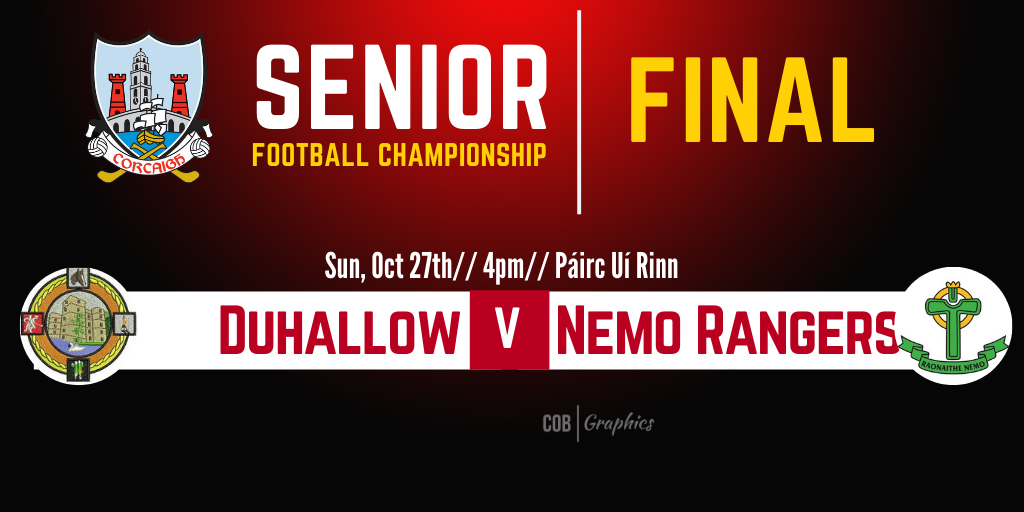 On Sunday next 27th of October, Cork Senior Football Final will take place in Páirc Uí Rinn. Nemo Rangers will play Duhallow at 4pm in the decider. At 2pm, Eire Og will meet St.Michael’s in the opening game of the day in Premier IFC Final. 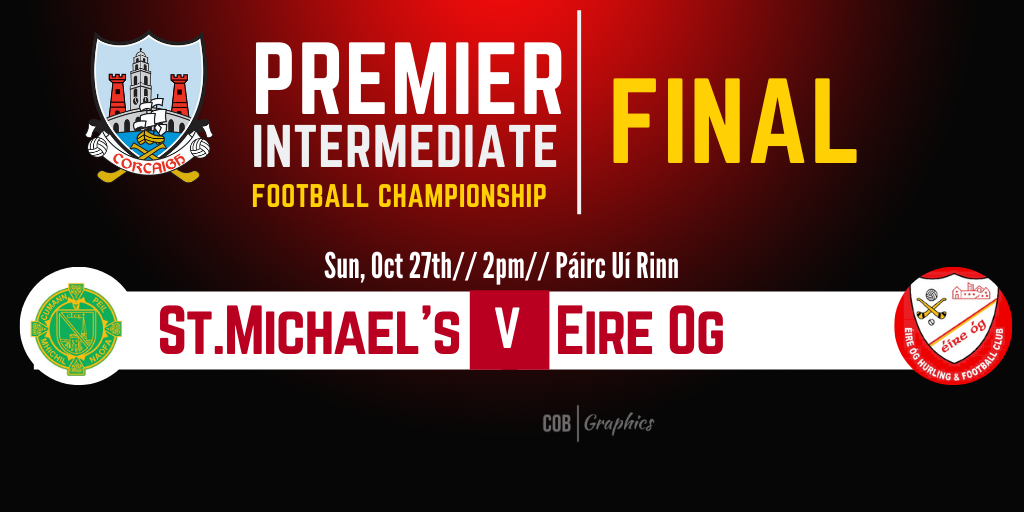 There will be live coverage on TG4 (of Senior Football Final only), C103fm with updates on Cork’s 96FM, Red FM, Radio na Gaeltachta, Cork GAA website and Twitter page, but nothing beats being there!! 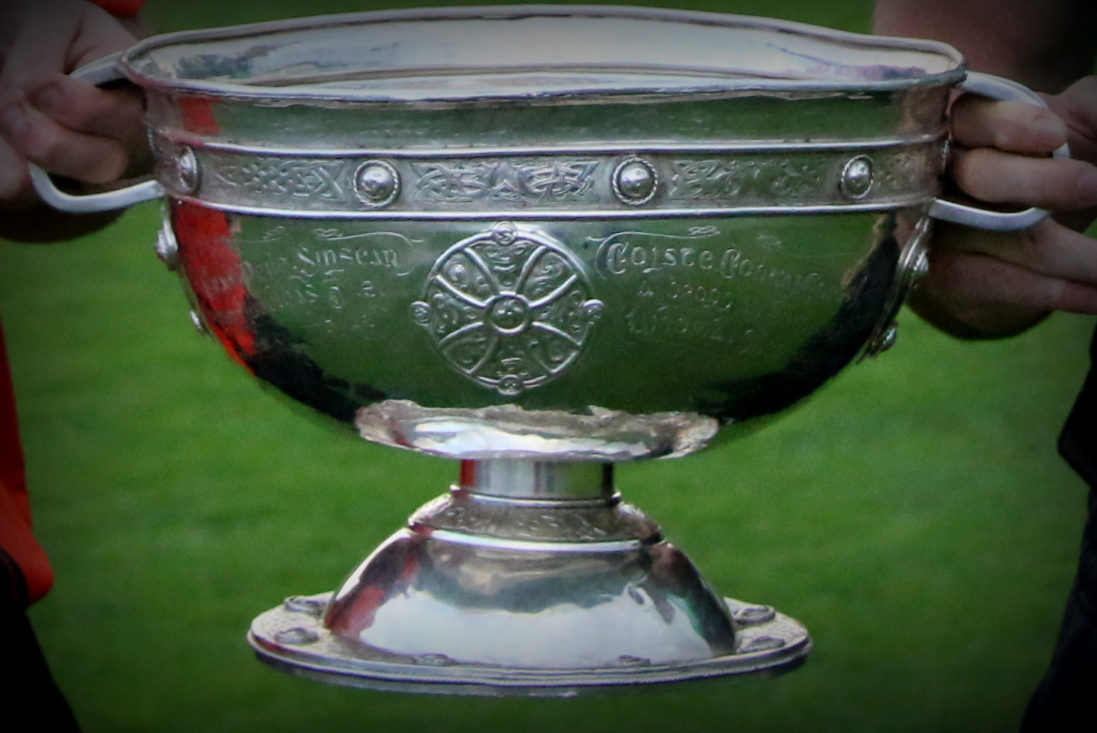 Adult Tickets €20 on the day of the final

Tickets are on sale now at  your local Centre/Super Valu Stores. Adult Tickets purchased in advance will cost €18 (€20 on the day). 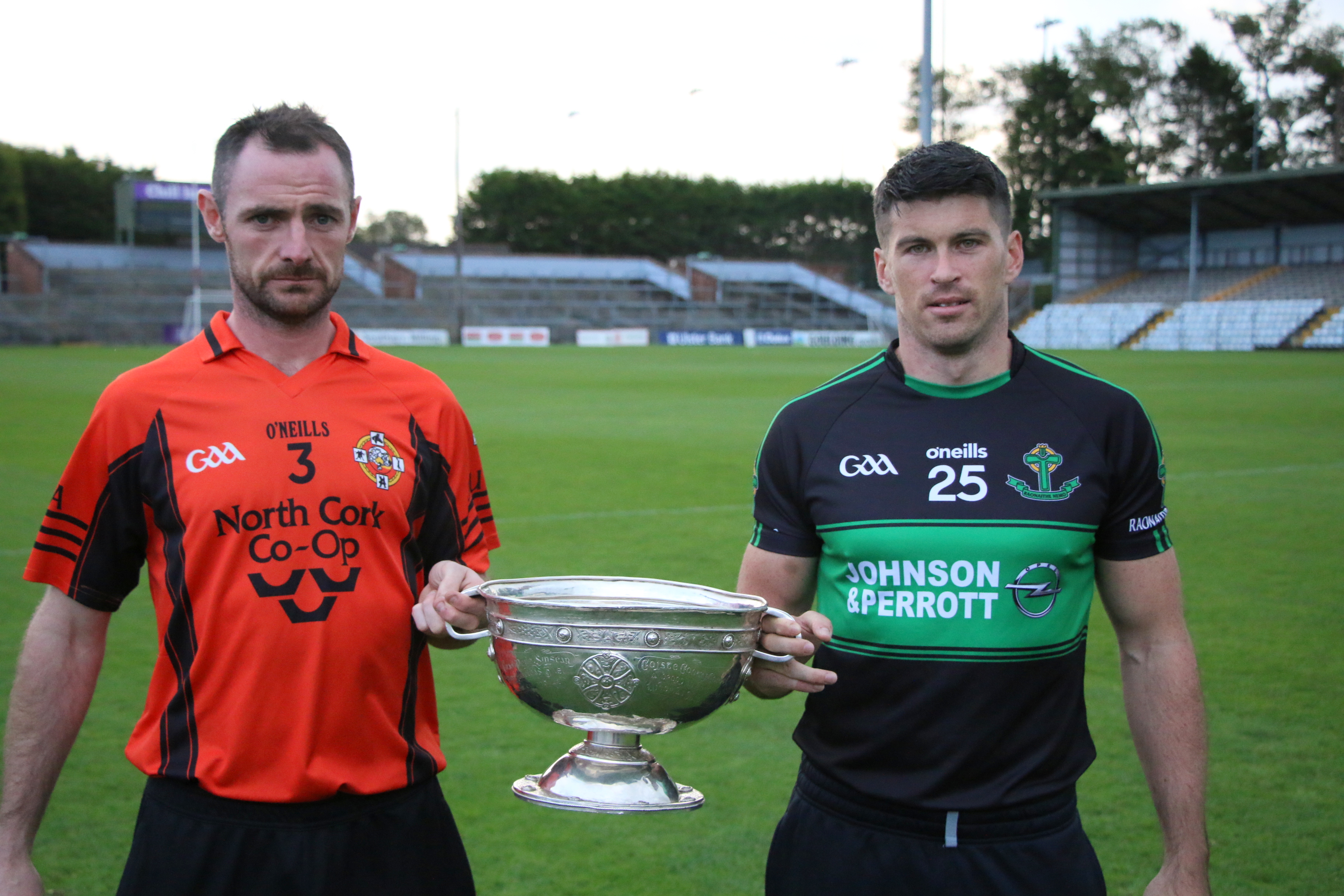 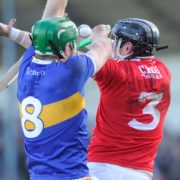 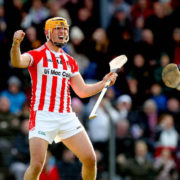 By Denis Hurley at Páirc Uí Rinn – Report via GAA.ie

Imokilly made it three Cork SHC titles in succession as Glen Rovers were seen off in Sunday’s final at Páirc Uí Rinn.

Before an attendance of 5,536, the East Cork divisional side fell behind to an eight-minute Donal Cronin goal for the Glen, but Declan Dalton netted a free on 13 minutes to put his side 1-4 to 1-2 in front and it was a lead they held for the remainder of the game.

However, while Imokilly were six to the good at half-time, 2-10 to 1-7, they were asked questions by the Glen – champions in 2015 and 2016 before Imokilly’s reign of dominance – and the outcome was in doubt until deep in injury time, when Robert Downey was unlucky with a late chance of an equalising goal.

Seeking a first Leeside three-in-a-row since St Finbarr’s in 1982, Imokilly looked to have settled well as points from Bill Cooper and Cork captain Séamus Harnedy put them 0-4 to 0-2 in front in the eighth minute. However, the Glen struck back strongly as midfielder Donal Cronin linked well with his partner Adam O’Donovan following a sideline cut before sending a rasping shot to the top corner of the net, putting the city side in front.

Unfortunately for them, they couldn’t build on the lead as, after Paudie O’Sullivan was fouled, Dalton drilled the resultant free to the net. While Patrick Horgan reduced the gap to one on 21, points from Anthony Spillane, Dalton and Shane Hegarty helped Imokilly to push on.

They were 1-9 to 1-6 in front after four of the six minutes of first-half injury time and things got even better as Paudie O’Sullivan forced a turnover from a short Glen puckout, setting up Harnedy for a fine finish.

Dalton, profiting from good John Cronin play, extended the lead to seven points, but Horgan replied for the Glen before the short whistle and then the Cork start had the first three points of the second half, though Harnedy might have had another Imokilly goal in the midst of that.

While Bill Cooper ended Imokilly’s mini-drought, the Glen continued to come strongly and Dean Brosnan reduced the gap to two, 2-12 to 1-13, when he got on the scoresheet on 44 minutes.

It was as close as they would come, however. Cooper and Harnedy pushed Imokilly on again and though Horgan had his tenth point in response, Dalton added his sixth and then seventh from placed balls, the lead 2-16 to 1-14 with five minutes of normal time left.

Even then, the Glen refused to yield and Horgan’s 11th and Brosnan’s second had them back within a score.

After Imokilly sub Shane O’Regan Óg was denied by a good Cathal Hickey save, the Glen had a chance to get that equalising goal as Donal Cronin’s delivery wasn’t claimed, but Downey’s stab at the loose ball went just wide. A Horgan effort from a free was repelled, and O’Regan was on hand to get the insurance point for Imokilly.