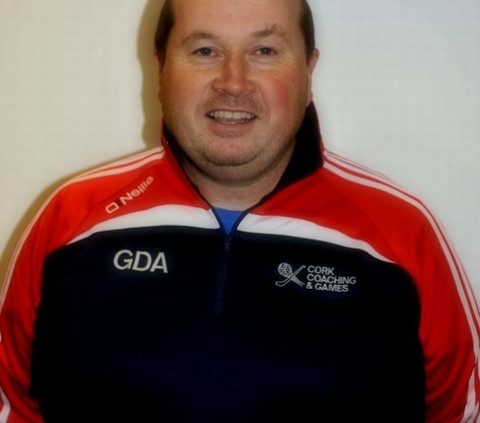 The year 2020 is not working out as anyone really planned for but since January can you give us an overview of the work you have been involved in.

Development Squads: Prior to the current crisis I have been working with Cork City Hurling squads at u14 and u15 and with the u14 Football squad. At u14 we have 2 squads in both codes with over 150 players having attended trial games and training sessions. This is of huge benefit to these young lads and their clubs as it helps to improve the playing standards throughout the city and surrounding areas. My role with the u15 Hurlers is an Administrative and advisory one. These lads are training under the guidance of Clive O’ Donovan and his team with Paudie Murray overseeing the whole county.

Post Primary: As part of the GAA Future Leader programme I ran TY Coaching courses in SMGS Blarney and CBC. This involved over 125 students all receiving Coaching in Fundamental Movement, GO Games Referee, Hurling and Football. These students put the knowledge they learnt to use by coaching young children from their local primary school and organising a Blitz for these schools in both hurling and football

Primary Schools: Local club school coaches are doing great work in their local schools in the Northside region. Since January I have been working with these coaches on a weekly basis to up skill them on new ideas, methods and increase the use of games-based coaching which will help them in their role.

Club Development: In my role as a GDA I have put a lot of work into improving the structures and coaching standards within the clubs in my region. I have done this by organising Coaching Workshops within these clubs and by making sure that my clubs are reaching the Club Benchmarking standards set by Cork GAA.

Online Activity: Since March 13th, a lot of my work has been through Social Media. I am responsible for the weekly Rebel Og Coaching Skills test videos which to date have received over 15,000 views.

I along with fellow GDA James McCarthy and Carbery GPO Paudie Crowley ran an Easter Camp for children aged 9-12 years of age. This provide 40 mins of activities in Hurling and Football for 4 days over Easter. We had over 11000 views of this camp.

I also gave a Webinar on the Difficulties of working with teenage players.