Firstly, on behalf of Cork County Committee we wish to express our sincere gratitude to all involved in the 2020 Bon Secours Football and Co-op Superstores Hurling Championships over the past month.
The programme of games completed under difficult circumstances has represented a spectacular volunteer movement and has involved teams, host venues, referees, sponsors, mentors, officers and officials all playing a significant part. This is in addition to an even greater programme of games at divisional and underage level which have been a tribute to the spirit of coordination and cooperation across all organising committees.
While the precarious situation at societal level resulting from Covid-19 means that the progression of competitions continues on a cautious note, we will continue to proceed in compliance with HSE and GAA guidelines.
—————–
Please note the following updates from the County CCC in regard to the 2020 Championships:
Updated tables for all championships can now be found online:
https://gaacork.ie/competition-listing/
The following table outlines the schedule for the remaining rounds as previously circulated.
——————-

Fixtures for Round III of both the Co-op Superstores Hurling (Aug 28th-30th) and the Bon Secours Football Championships (Sept 5th-6th) as ratified by the CCC are attached in both PDF and Excel formats.
All games within a particular grade, for example the Premier Senior Hurling Championship, will be played simultaneously to ensure fairness. Therefore, it will not be possible to facilitate individual club requests in regard to scheduling due to the requirement for rigid throw-in times.
——————–
Play-off Placings and Formats
All efforts have been made to make every result, every score and indeed every shot count in this year’s championships.
With this in mind, the draws for the play-off stages outlined below reflect the standard 1v8, 4v5, 2v7, 3v6 seeded play-off format. Thus, every team will have something to play for on the final weekend, as their final placing will determine their route for the remainder of the championship. This is reflected in the formats outlined below.
Repeat pairings will be avoided at the quarter-final stage of all championships, where possible.

All knock-out games will be finish on the day, where necessary and as decided by the CCC.

In the Premier Senior Hurling and Football Championships, only the top group winner will qualify for the semi-finals, with the remaining two group winners, the three second-placed teams and the divisions / colleges winner qualifying for the three quarter-finals.

In Intermediate A football Championship there are four groups of four, so the top two from each group will qualify for the quarter-finals, where group winners will play a group runner up from another group.
Teams (1-8) will be ranked as follows on completion of the group stages:
Quarter-finals: (a) 1v8, (b) 2v7, (c) 3v6, (d) 4v5
Semi-finals: (a) v (d), (b) v (c)
Relegation
The relegation final will be a straight play-off between the two lowest ranked teams*(in terms of points won and scoring difference) amongst the three bottom placed teams from the groups. There will be no round robin.
*Modification to above (i)

In the Intermediate A Hurling Championship, two teams will be relegated as per the format approved last year (in “italics” below) in order to facilitate the promotion of the 2021 County Junior A winners straight to Intermediate A. Therefore, a round robin between the bottom teams in each group will be required in this case. 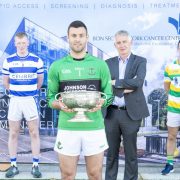 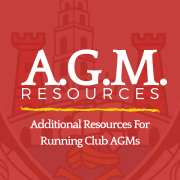