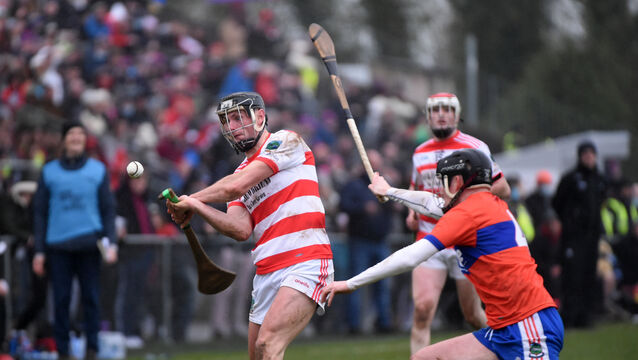 In the battle of the near-neighbours Cork’s Ballygiblin came out on top in the Munster Junior hurling championship final at Mallow.

Sheer joy for the Cork side as their fans spilled onto the pitch afterwards to celebrate with their heroes.

A stream and a few miles separate their home pitches and though they are from different counties they would know each other well.

Most of them would have gone to school together in Mitchelstown and have won titles together there. But all that was forgotten as club loyalties took precedence in a game that was worthy of the occasion.

The demand for tickets was high and it was sold out well in advance of the day and such was the demand that crowd congestion meant the throw-in had to be delayed 15 minutes.