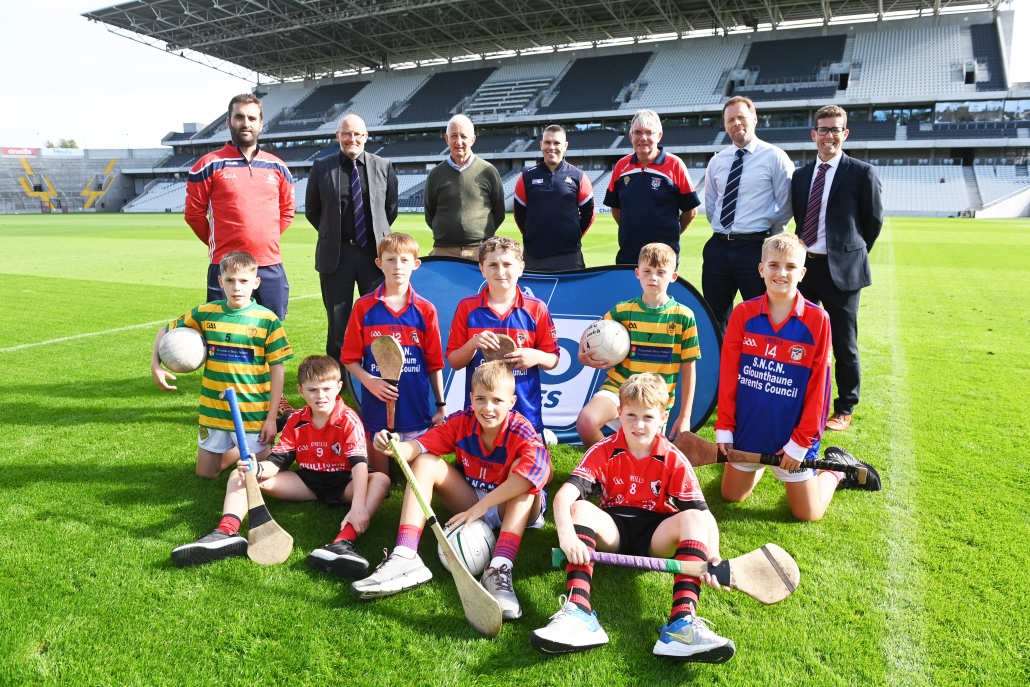 Sciath na Scol is teaming up with Rebel Og Coaching GDA’s to offer Primary School children the opportunity to play hurling and football through its GAA Go Games Blitz Series. The Program will see 70 blitz venues host an estimated 5,000 children over the course of the academic year complimenting the existing more competitive offering from Sciath na Scol.

Sciath na Scol Chairperson, Mr Dave Collins who launched the Blitz Series is excited by this initiative and noted, “we would encourage as many schools as possible to get behind the Blitzes and enter at local venues through the year where a great day out is guaranteed for the students. The Blitzes are played at 5, 6 or 7 a side so all students get a chance to try GAA in a relaxed non-competitive environment where no scores are kept”.

Cork GAA Games Manager, Kevin O Callaghan also spoke at the launch and outlined the flexibility of the schedule on offer, “Schools can enter 1 team or multiple teams at a venue and will be assured of a minimum of 2 games over a 2 hour block of activity. Schools should use the Program to give all their class groups an opportunity to play GAA and all standards will be catered for from those playing regularly with clubs to those playing their very first game. He also had a note for teachers, “the games are played in a very calm atmosphere and the main requirement of teachers will be to get the children to the venue and sort them into teams. No deep knowledge of the skills is needed so please sign up in advance of each Blitz and we would love to have your school represented”.

The Program commences in October and runs through to June 2023.

Round 1 of the Blitzes takes place on the 5th of October with Fourth Class Hurling.

Blitzes are open to boys and mixed schools. Where schools have small numbers, they can call on the younger class group to get a team out, eg Third Class students can be brought to the Fourth Class Blitz on the 5th of October. Schools will need to provide their own hurleys and helmets. Blitzes will run from approximately 10am to 12pm and coordinated by our GDA’s