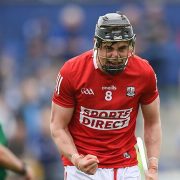 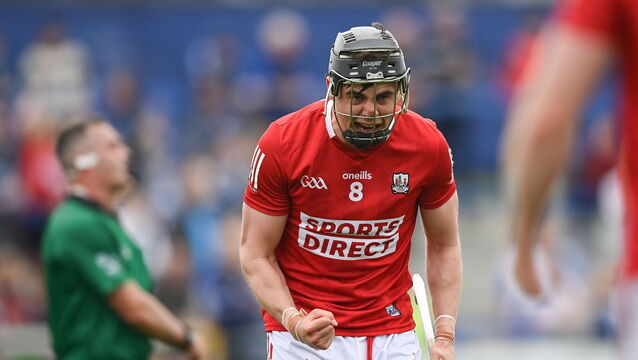 By Dermot Keyes at Walsh Park for GAA.ie

Cork stormed back into Munster Championship contention thanks to a win that was even more commanding than their six-point margin of victory suggested.

Inspired by Conor Lehane and Seamus Harnedy, Kieran Kingston’s side engineered a first provincial championship win for the Rebels at Walsh Park since last they met at this venue in this competition back in 1975.

With the breeze in their favour in front of a 10,986-strong gate, Cork held a slender 1-12 to 1-11 advantage following a first half which ebbed and flowed in either direction.

Waterford led by 0-6 to 0-2 after 13 minutes having struck four unanswered white flags, with Stephen Bennett’s free-taking eye clearly well calibrated during the opening half.

But the Rebels roared back into contention to lead by 1-6 to six points by the 22nd minute, with Alan Connolly reacting well to Shaun O’Brien’s save to find the net following assistance from Darragh Fitzgibbon and Robbie O’Flynn.

But Waterford recovered well and were back in front by the 27th minute thanks to a goal from Michael Kiely following excellent approach play by Dessie Hutchinson and Patrick Curran.

Between then and the break, the game swung one way and then the other, with long distance points by Cork goalkeeper Patrick Collins and Mark Coleman particularly catching the eye. While Waterford had shown enough in the first half to suggest they could turn the tide after the interval, Cork had other ideas entirely.

Points from Patrick Horgan, on the day he became the Championship’s all-time leading scorer and substitute Shane Kingston, extended Cork’s lead before Patrick Curran and Stephen Bennett (a free) pointed to reduce the arrears.

Waterford struggled to develop any meaningful level of rhythm while Cork kept the scoreboard working through Seamus Harnedy’s brace of points in the 44th and 49th minutes respectively.

Deise substitute Neil Montgomery found his range in the 50th minute and when Austin Gleeson pointed barely a minute later, the home crowd found its voice once more.

The next score felt like it would prove critical and so it did, as Alan Connolly, played in by Harnedy following a sweeping upfield move, goaled for the second time to leave Cork four clear.

Lehane and Curran (after much deliberation among the officials) traded points in the 66th and 68th minutes and when Shane Bennett found his range with just a minute of normal time remaining, the hosts still had a sniff.

But with the extra man and a level of confidence they’d not demonstrated against either Limerick or Clare, Cork finished much the stronger with a brace from Lehane and a brilliant catch and shot by Harnedy hammering home the Rebels’ advantage.

And so a Super Sunday now awaits, with Cork taking on Tipperary in Semple Stadium while a deflated Waterford will head to Cusack Park (both 4pm throw-ins) for a match they know they must win. 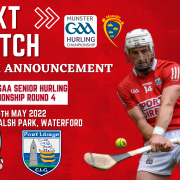 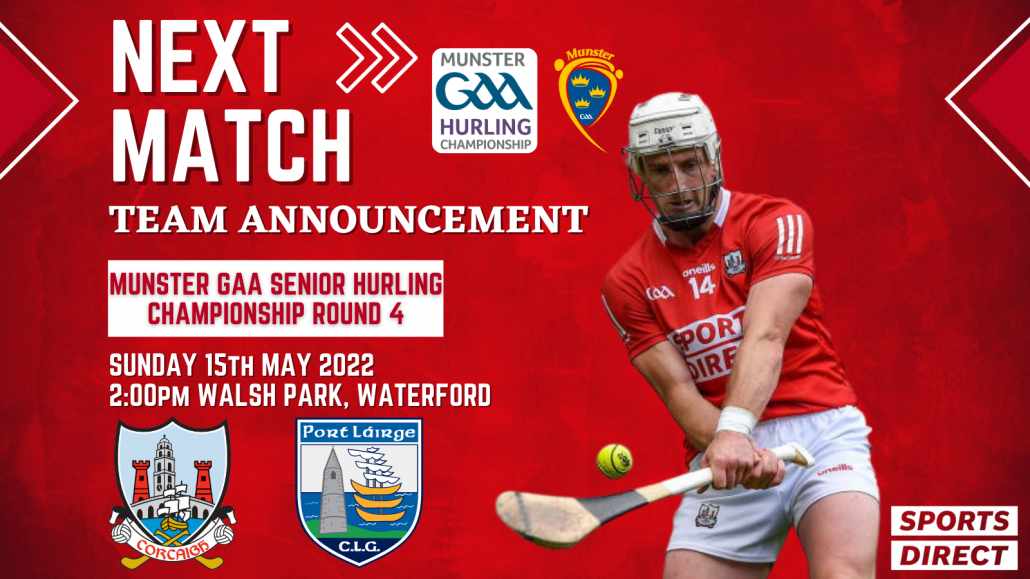 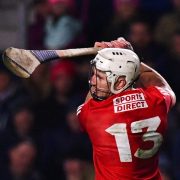 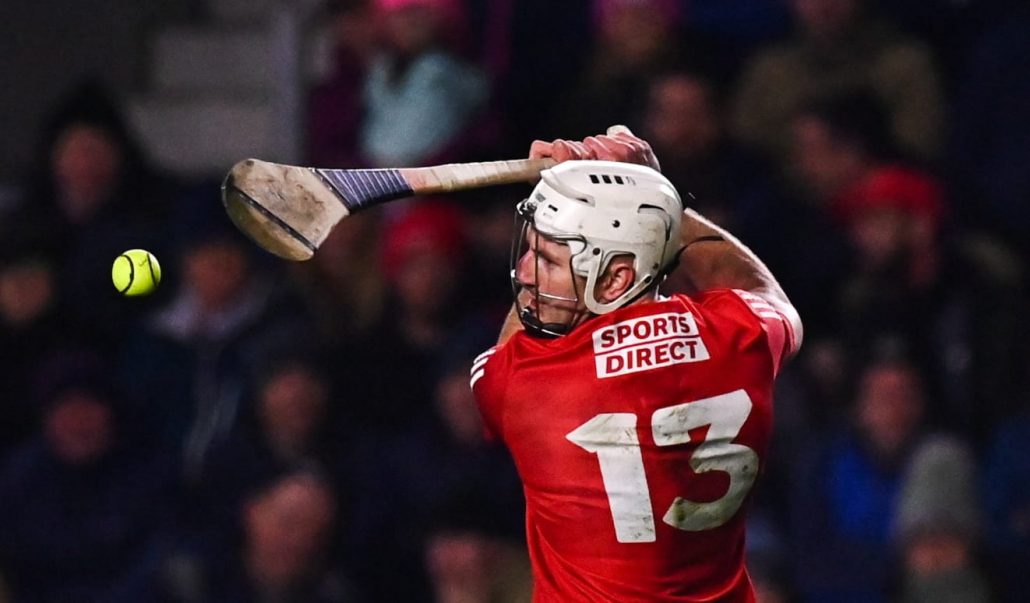 Patrick Horgan is on course to make hurling history for Cork this Sunday and move to the head of the all-time leading scorers’ chart.

The Rebel sharp-shooter is six points shy of Galway legend Joe Canning, with Horgan currently on 561 points in the SHC to Canning’s massive haul of 567 collected between 2008 and 2021, via 27-486.

Sandwiched in between them is Kilkenny genius, and current Galway boss, Henry Shefflin who scored 27-484 or 565 points in total during this phenomenal career amassing 10 All-Ireland wins.

But Glen Rovers ace Horgan, has both of those distinguished players in his sights on a day when Cork have a win or bust showdown with Waterford in Walsh Park.

Horgan had scored 22-467 or 491 points for Cork prior to this summer’s championship and has added 19 points over the two games to date.

Given his prolific finishing ability from frees and play, the seven points needed to move to the top slot would look well within his capability, although the overall team result rather than a personal tally will be the big goal for Horgan and the Rebels as they look to recover from their heavy defeat to Limerick and subsequent misfire against Clare.

Between Sunday’s trip to Waterford and the following assignment against Tipperary, it now looks virtually certain that Horgan will make this history and be crowned king of the top scorers list.

Clare’s blistering start to the campaign has been led by Tony Kelly who moved to the front of the Banner’s all-time championship scoring charts in their crucial win over the Rebels last time out, with Kelly now standing on a haul of 268 career points, over taking Niall Gilligan who had scored 20-196 in his 54 matches.

This has also been a landmark summer for Kilkenny’s TJ Reid. The Ballyhale Shamrocks marksman became only the fourth hurler in history after Canning, Shefflin and Horgan to break the 500-point barrier and he currently stands on 511 points ahead of their crunch meeting with Dublin on Saturday.

Reid, replaced at half time in their dramatic one-point defeat by Galway last time out will be up against a Dublin side who are heavily reliant on their own dead ball ace Donal Burke with the Na Fianna man now on 120 points having broken the career century during this Leinster championship.

Limerick have been at the forefront of the modern-day revolution that has seen score board operators kept exceptionally busy as point totals easily break the 20 mark and can even reach the 30-point mark.

Live wire inside forward and free taker Aaron Gillane is currently on 208 career championship points having been on 177 after their All-Ireland triumph of last summer, a stunning total from a career that only began in 2017. 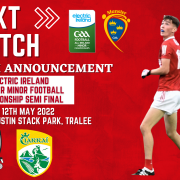 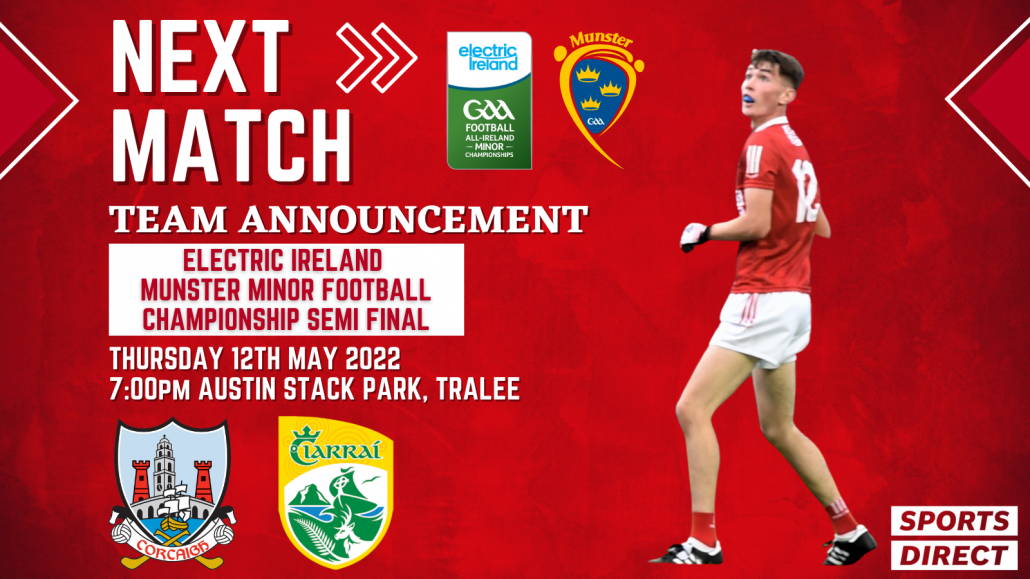 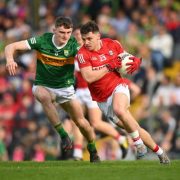 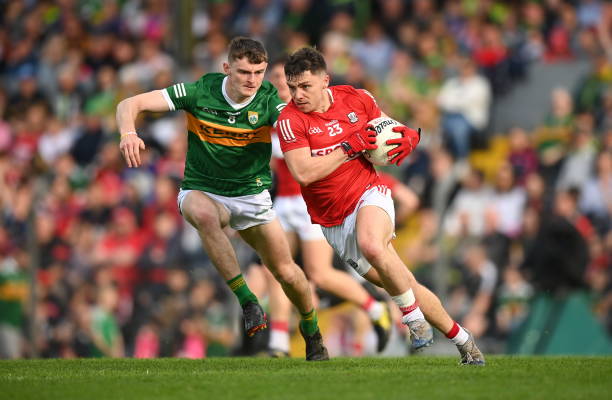 Cork , Ireland – 7 May 2022; Sean Powter of Cork in action against Diarmuid OConnor of Kerry during the Munster GAA Football Senior Championship Semi-Final match between Cork and Kerry at Páirc Ui Rinn in Cork. (Photo By Stephen McCarthy/Sportsfile via Getty Images)

After all the to-ing and fro-ing over the venue for this Munster SFC semi-final, the old order was maintained as Kerry went to Pairc Ui Rinn and came away with a 12-point win over Cork that was, by and large, in the region of what the winning margin was expected to be.

Kerry won’t be cock-a-hoop about their overall performance, and Cork won’t be as depressed as they were after the 22-point loss in the corresponding fixture last year, so all in all everyone left the small but well turned out ground with something to work on.

For 50 minutes Cork made a real contest of this game, coming within a point, 0-10 to 0-11, of the Munster champions as the teams turned for the final stretch in the 50th minute.

The Rebels, perhaps feeding off the sense of injustice that they were being forced up the road to Killarney for this fixture, gave as good as they got for the bones of the first hour, so much so that Kerry had to call on a well of experience off their bench to get the job done.

When Cathail O’Mahony raked over the second of two huge points in the second half Cork were back within one point of Kerry and giving the Rebel support in the 10,743 crowd something to shout about.

But Kerry kicked the next eight points – helped by the introduction of Paul Geaney, David Moran, Paul Murphy and Micheal Burns – and the game ran to its inevitable conclusion as Cork ran out of ideas and gas.

Cork opened the scoring inside the first minute, O’Mahony winning a free for Stephen Sherlock to convert, but scores from David Clifford (2), Paudie Clifford, Stephen O’Brien and Sean O’Shea (2) pushed Kerry into a 0-7 to 0-3 lead after 20 minutes.

And it seemed as if the visitors might be making their second quarter push to kill off the Rebels, but Cork steadied themselves were just 0-9 to 0-7 behind at the interval, with Sherlock kicking five frees and another from play.

Jack O’Connor surely had stern words for his players at half time and whatever was said had the desired effect – eventually.

Kerry pulled three clear early in the third quarter but O’Mahony nailed two monster points to haul Cork back to within one before Kerry sent for the cavalry. Geaney, Moran, Murphy and Burns added much needed energy and nous to what was hitherto a patchy and scratchy Kerry performance.

Eight unanswered points saw Kerry finally shake off a belligerent Cork side whose Achilles heel was their ability to work the Kerry defence and scoreboard enough.

Next up for Kerry is a Munster Final against Limerick or Tipperary in three weeks in Killarney while Cork head out on the Qualifier route.