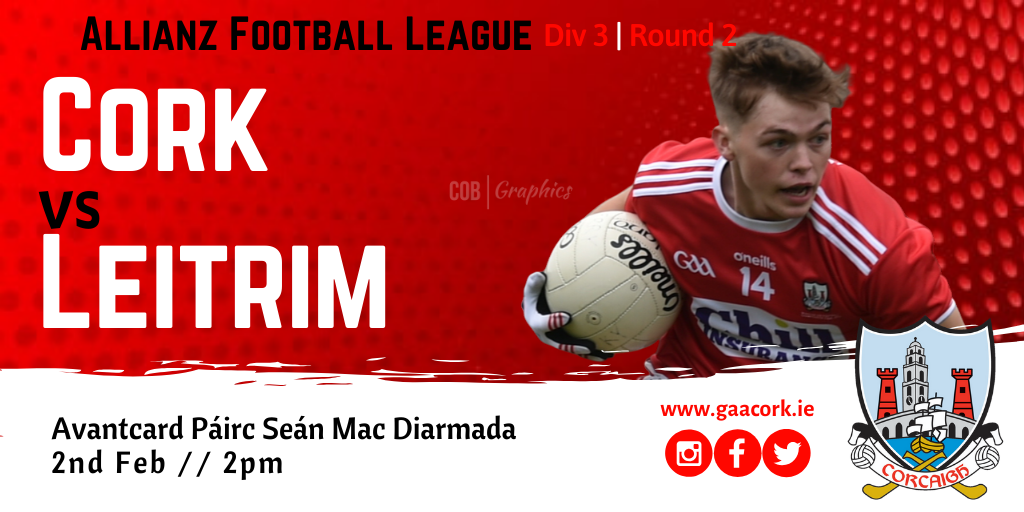 Cork footballers will travel to Carrick-on-Shannon on Sunday in Round 2 of Allianz Football League. Leitrim will be the Rebels’ opposition as they seek their second win in this season’s competition.

Cork had seven points to spare in their opening league game on Saturday last in Páirc Uí Chaoimh  against Offaly.

The team to play Leitrim will be announced on Friday evening on www.gaacork.ie

Tickets for the game are currently available at your local Supervalu and Centra stores. Tickets cost €10.00 and U16’s are free.