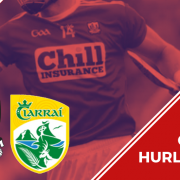 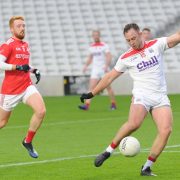 By Mark Woods (The Echo)

CORK duly clinched the Division 3 title after a comprehensive win at Páirc Uí Chaoimh on Saturday.

It was Cork’s sixth win from as many outings and they make an immediate return to the second tier next season.

There was much to admire in the home side’s performance like scoring 5-14 from play and the strong competition for places, both in the starting 15 and in the match-day panels, was emphasised yet again.

Among those to put their hands up for further inclusion was midfielder Paul Walsh, who was a bundle of energy for the 55 minutes he was on duty and decorated his display with a couple of fine points from play, too.

Killian O’Hanlon, who’d normally be skipper Ian Maguire’s partner at midfield, also showed up well at centre-forward, chipping in with 0-4, three from play, before making way just before the hour.

And to show it’s not all about the emerging youngsters, Paul Kerrigan, who started, and Mark Collins, who replaced him, combined for 3-6.

The Nemo Rangers forward was heavily involved in the creation of Cork’s early goals, apart from scoring twice, himself, while the Castlehaven forward ended up top scorer with 1-5.

On the debit side, Cork conceded 16 points to a team losing for the sixth time this term and while the majority came from the impressive free-taking of Sam Mulroy, it’s too big a tally against lowly opposition.

Cork led by 3-9 to 0-8 at half-time after playing with the wind in the first half.

Colm O’Callaghan claimed the first goal in the eighth minute following a Kerrigan pass, the second score in a run of nine, 3-6, without reply.

Kerrigan supplied the telling pass again for captain Ian Maguire to palm the ball over the head of stranded keeper Craig Lynch for a 2-4 to 0-2 lead by the 20th minute.

Louth found themselves 3-7 to 0-3 adrift, but Tommy Durnin and Sam Mulroy helped them kick five of the next seven points.

Any slim prospect of a Louth revival in the second-half died within four minutes as Ruairi Deane placed Kerrigan for his second and Cork’s fourth goal for a 4-11 to 0-8 lead after 39 minutes.

Collins piled on the agony with the fifth goal just before the second water break.

Louth did manage to land three points in-a-row on the resumption but then had to plough on with 13 players after Patrick Reilly collected a second yellow card for a high challenge on Mattie Taylor.

And the visitors’ day to an empty stadium was further ruined, when Emmet Carolan was dismissed on a straight red card for kicking out at O’Donovan.

Cork had acres of space to create further chances in injury time as O’Donovan added his second point from wing-back to complete the scoring after a Collins free and one from another substitute Eoghan McSweeney also kept the scoreboard ticking along. 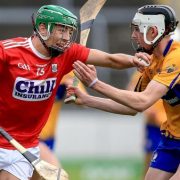 THE Cork minor hurlers pushed on impressively in the last quarter at Semple Stadium to progress to a Munster semi-final.- report thanks to Irish Examiner and Eamonn Murphy

The Rebels got a massive return of six points from subs Jack Leahy (4) and William Buckley (2) to pull away from the Banner and into a clash with Limerick on Friday, October 30.

Ben Cunningham top-scored with 0-9, three from play, but the platform for success was laid in the half-back line and midfield in the second half. Captain Eoin Downey, James Dwyer and Ben O’Connor shielded the rearguard effectively, helped by Cork’s deep-lying midfielders and forwards, as they deployed four in attack.

The Banner refused to throw in the towel, but an Óisín O’Donnell goal from a free came too late to spark a revival. They relied too much on frees, though powerful wing-back Jarlath Collins was superb from placed balls.

With Clare defending aggressively, Cork relied on scores from out the field at times. All-action midfielders Brian Keating and Sam Quirke landed 0-2 apiece, three of them in the critical third quarter, where Donal Óg Cusack’s side opened a four-point lead.

Marquee attacker Cunningham was tightly policed for spells but he arrowed over a wonderful point to make it 1-15 to 1-11 at the second-half water-break. It set the tone for the quality of the scores in the closing period, when Cork’s class told.

The opening exchanges were typically edgy, 0-3 apiece, with a few nice points by Ben Cunningham (a sideline), Tadhg O’Connell on the run and Killian O’Connor after great support play the highlights.

Then Cork started to engineer chances by hoovering up possession in the middle third and finding their shooters. A short Clare puck-out was turned over for Colin Walsh to finish with aplomb and raise a green flag, followed by points for Mark Howell and Brian Keating.

Trailing 1-7 to 0-3 after 11 minutes, the Banner looked in trouble. The next score was going to be crucial so when a long-range free from the hugely impressive Collins ended up in the net they were back in it. Still, Cork stretched the lead before the water-break, through Cunningham and a booming Downey effort: 1-9 to 1-3.

Clare regrouped impressively in the second quarter, bringing O’Connor out to the wing and going for a two-man inside line. Their work-rate on the breaks increased dramatically.

They managed 0-5 in this period, a Cunningham 65 Cork’s lone response, with Óisín O’Donnell curling over a beauty and Eoin Guilfoyle’s tenacity rewarded when he forced an error on a puck-out for another.

It was 1-10 to 1-8 at half-time, with Cork badly needing the opportunity to settle again. They duly did.