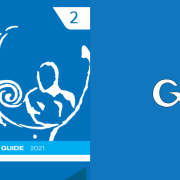 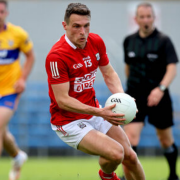 By Eoin Brennan at Cusack Park

Cork may have edged the honours but it was Clare that still reaped the rewards as a minimum defeat was sufficient to secure a Division 2 Semi-Final place on score difference this afternoon.

With Kildare comfortably overcoming Laois, all eyes were on Cusack Park as Cork needed to win by at least three to force a play-off and four to leapfrog their hosts into the penultimate stage as Clare, Cork and Kildare all finished level on four points apiece.

With the sides level on no fewer than ten occasions over the contest and as late as the 73rd minute, it proved an exceedingly tense finale before John O’Rourke popped up with the winning point with almost the last kick of the game.

Clare just needed to protect their goal so maintaining a third successive clean sheet proved essential to staving off any threat of relegation as instead Colm Collins’ side are now only potentially 70 minutes away from promotion to Division 1.

A seesaw opening period saw both sides enjoy their periods of dominance, a pattern that would remain right up to the final whistle. The visitors started the brighter, with points from Luke Connolly, Tadhg Corkery, Paul Walsh and John O’Rourke nudging them 0-4 to 0-1 clear by the sixth minute.

However, Clare were sparked into life only two minutes later when David Tubridy was hauled down on his path to goal to earn a penalty that he duly dispatched himself to level matters at 1-1 to 0-4. Buoyed by that score, Clare would kick four of the next five, three from Tubridy, to carve out a 1-5 to 0-5 advantage by the first water break.

With time to regroup, Cork stormed into the second quarter, with six unanswered points in as many minutes, including an immediate hat-trick for substitute Cathail O’Mahony, to turn a three point deficit into a three point cushion by the 30th minute at 0-11 to 1-05.

A shellshocked Clare did bounce back off the ropes though, thanks in the main to midfield duo Cathal O’Connor and Darren O’Neill, and by the break, only trailed by the minimum at 0-12 to 1-08.

Once the home side commenced the new half with successive points through Pearse Lillis and captain Eoin Cleary, the tie would go blow-for-blow for the remainder as the sides were locked together five more times by the turn of the final quarter at 1-13 to 0-16.

With Cork’s need being greater, the fresh legs of O’Mahony and Brian Hurley did put the visitors on the front foot going down the final straight until the latter was dismissed for a second yellow card in the 63rd minute.

A brace of Eoin Cleary frees and a worthy leveller from newcomer Aaron Griffin appeared to suggest a fair splitting of the spoils. However, John O’Rourke’s late winner halted Clare from taking top spot in the group but couldn’t stop the home side from setting up a semi-final against Mayo.

Cork meanwhile face Westmeath in a relegation play-off also in a fortnight’s time. 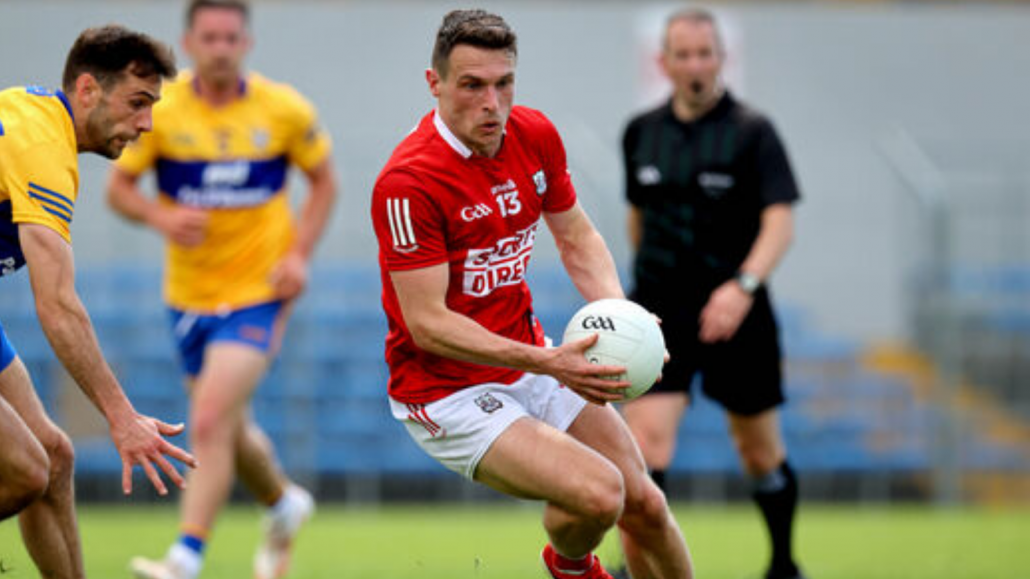 Please find attached correspondence from the Ard Stiúrthóir about this year’s Cúl Camps.

Summer 2020 came and went with its own challenges.  Fortunately for the GAA, one of the shinning lights throughout the turmoil and uncertainty of Summer 2021 was the successful coordination of the Kellogg’s GAA Cúl Camps in over 700 club venues with almost 73,000 children participating.

I would like to express my gratitude and thanks to all Club Volunteers and Games Development Staff for their collective input, effort, and enthusiasm in getting the camps across the line.  This was not an easy task.

We are now a year on and preparing for Summer 2021.  Likewise, this summer, we are even more mindful of the reality that Covid-19 is still with us however, we will continue to rely on governmental guidance and relevant authorities to ensure all reasonable safety measures and protocols are adhered to in the rollout of our camps.

We always endeavour to implement high standards when rolling out our camps and now more than ever our responsibility to do so is even greater.  I refer your attention to the attached Association GAA Camp Policy and Guidance document which will assist camp organisers in their work this year.

Please take time to read the contents of the attached document.

The attached contains important information for those organising our Camps and references our best practices when working with children and young people.  For example, our agreed adult to child ratios and the roles and practices of Coaches, Supervisors and Camp Assistants. Camp operational checklist are also available at; https://www.kelloggsculcamps.gaa.ie/co-ordinator/

The camp planning document (this applies to all camps in line with policy) will be sent to you via your County Games Development Manager (CGDM). This document is pre-populated and must be updated specific to your own venue and camp. When hosting a camp, please ensure the document is fully completed and submitted. A link will be circulated with the planning document to upload. Once uploaded and submitted, this document will automatically be sent to the CGDM for approval. You will be notified by email if it is approved or declined subject to the information submitted.

A further document will be sent closer to the commencement of your camp to collate camp coach’s information.

The good practice guidance contained in our Code of Behaviour (Underage) applies to all games and activities held in clubs, schools and at our Camps. The agreed guidelines are structured to ensure that children and young people not only enjoy the Camps we organise but do so in a safe and developmental environment.  Further information is available in the GAA’s Code of Behaviour at;  https://www.gaa.ie/api/pdfs/image/upload/ukepuvlq3qhyie10jfqy.pdf

This year’s participants are more excited than ever for the upcoming Camps.  The camps will allow children nationwide the much-anticipated opportunity to get active and interactive with people their own age.

The successful collaboration between volunteers and staff is evident due to the participation numbers recorded at both club and Kellogg’s GAA Cúl Camps.

Finally, I would like to wish volunteers and staff alike every success this summer in providing games opportunities for children in a safe and fun environment.