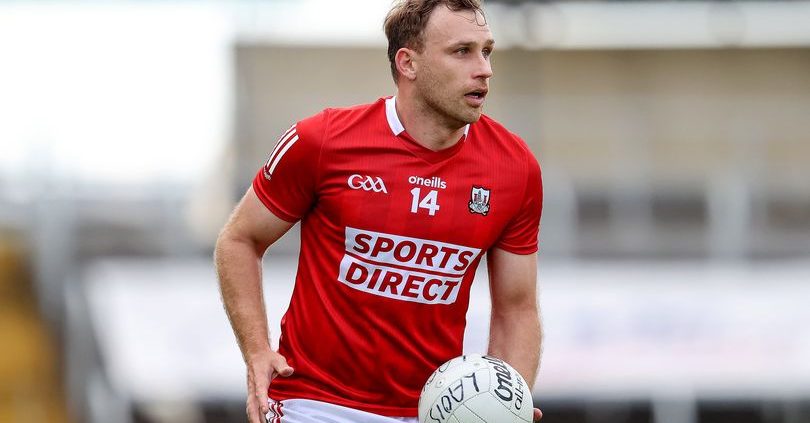 2010 All-Ireland medal winner Ciáran Sheehan has announced his retirement from Inter-County football. The Éire Óg man played both Hurling and Football for Cork at underage level. In 2009 Ciáran won a All-Ireland Under 21 medal when Cork defeated Down.  In  2010 it was again Down who provided the opposition as Cork emerged 1 point winners as the Sam Maguire returned to Cork for the first time in 20 years. In 2011 Ciáran won his second National Football when Cork defeated Dublin in the final. In November 2013 Ciáran signed for Australian Rules team Carlton. He played for Ireland against Australia in the 2013 International Rules Series. In Christmas 2019 Ciáran returned to the Cork Senior Football team and played with Cork in 2020 season while also playing in the 2021 National Football League.
County Board Chairman Marc Sheehan acknowledged the enormous contribution of Ciarán to Cork football over the past fifteen plus years and in particular his pivotal role as a member of the Senior All Ireland winning team of 2010.
“Ciarán’s intercounty career has been cut short and previously interrupted by injury however this does not in any way diminish his talent and the dynamic edge that his play brought to each game.
Ciarán comes from a family steeped in the GAA and his club Éire Óg is rightly proud of his contribution to Cork and I have no doubt the club will be eagerly looking forward to his return to the club scene in the not too distant future.
Ciarán is without doubt one of the modern games’ role models and his unassuming manner and ever pleasant and affable demeanour sets him apart. I wish him a speedy recovery form his recent injury and salute his endeavours.”
Cork GAA CEO Kevin O’ Donovan said ” “While it is sad that Ciarán’s days on the red jersey are over, he can rest assured that he packed plenty into his short stints with the county, at both ends of his career. An underage star in both codes, he was the final piece in the jigsaw that was the 2010 All Ireland winning team and on his return from Australia, his experience and leadership skills has helped a new generation of Cork footballers emerge. Indeed, following Éire Óg’s progression to the Premier Senior ranks recently, we expect that these attributes will bear even more fruit and we look forward to seeing him line out in his club colours in the years to come.”