Cork will meet Dublin in U20 All-Ireland Final in Nowlan Park on Saturday July 10. The game will throw-in at 7:15pm.

This will be Cork 15th U20 final, third All-Ireland Final in a row but are looking for our first title since 1998.

Dublin are looking for their first title at this grade but have played in 4 finals to date.

Team will be announced on Thursday at 8pm on www.gaacork.ie . 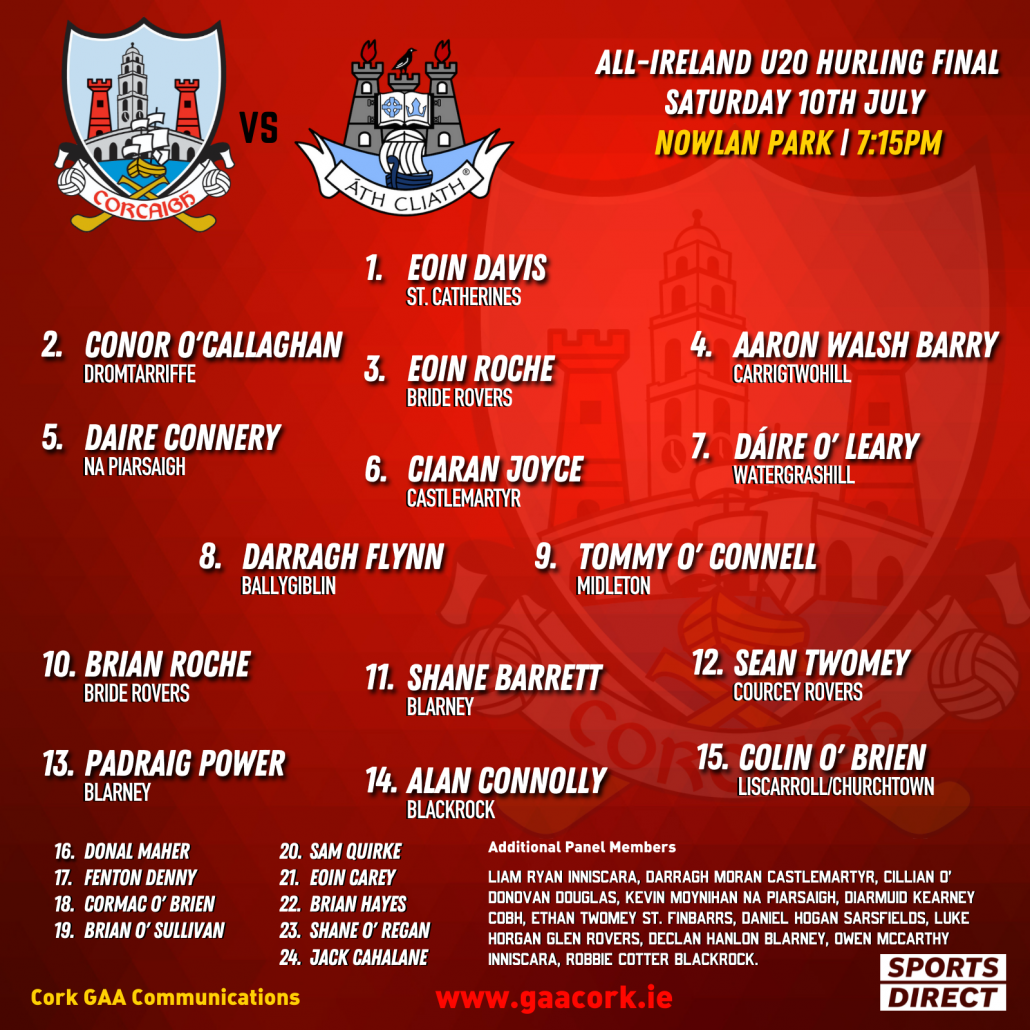 The game will be broadcast live on TG4, C103 will broadcast the game live on radio. Their will be updates on RedFm and 96fm. Cork GAA will have updates on our social media channels 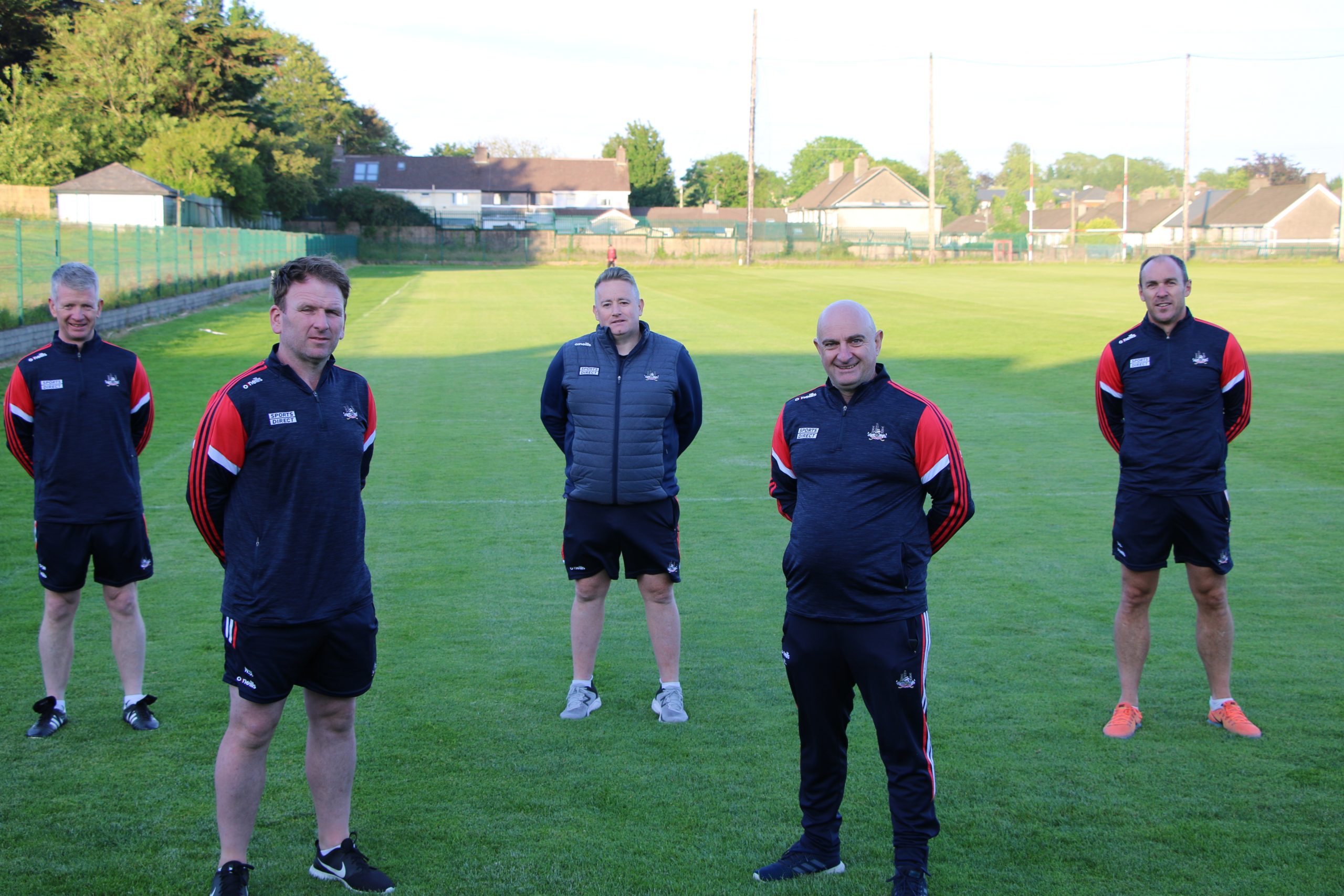 Watch the Munster Final back here

Match report from Munster U20 Final

Match report from Munster U20 Semi-Final

After a 54-day lay-off from competitive action, Pat Ryan’s Cork U20 hurlers could not have asked for much more from this Munster semi-final.

The result, of course, was the most important item, but in this stop-start of seasons where momentum is hard built and opportunities thin on the ground for counties to test themselves in a match environment, there was ample learning for Cork to glean from this 80-minute examination ahead of the provincial decider, against Tipperary or Waterford, on December 23.

The starting team the Cork management put out for the Munster final is likely to look a great deal different to the one which began Saturday’s extra-time victory such was the impact exerted by those who came in off the bench at LIT Gaelic Grounds.

Four Cork subs – Brain Hayes, Colin O’Brien, Shane O’Regan and Brian O’Sullivan – contributed 1-12 in total, a tally that was central to the winners powering clear of Limerick in extra-time. Indeed, of the 1-15 Cork registered during the two 10-minute periods of extra-time, 1-10 was supplied by players wearing shirts numbered 19 or higher.

Raising their hand highest for inclusion from the off on December 23 were Colin O’Brien and Brian Hayes. The latter struck 1-4 from play during the 35 minutes he was on the field, while O’Brien cut over three sidelines in a five-minute spell. Also deserving of mention is Shane O’Regan. The Watergrasshill youngster, who is one of seven players still around from last year’s team, clipped two from play when introduced. 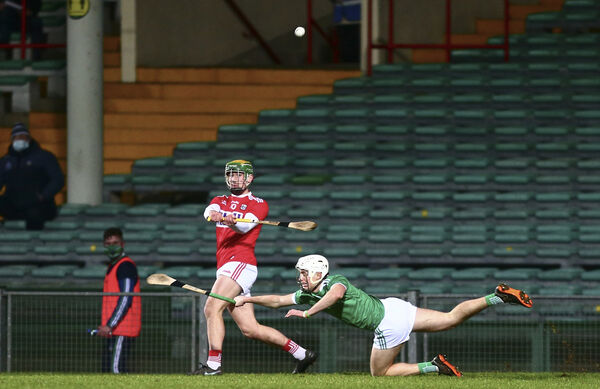 “We knew we had a very strong bench. Fellas came on and hurled very well,” said Cork manager Pat Ryan.

“Colin O’Brien was very disappointed not to start. He has got fierce talent. Brian Hayes is a fella who was involved with the Cork [U20] footballers, came into us after and has shown great promise as a hurler. I think sometimes he thinks he is a footballer playing hurling, but I think he is equally good at both.” Also pleasing Ryan was the attitude his players showed in the first period of extra-time.

Having failed to hold onto a four-point lead towards the end of the regulation hour, Cork were in no way perturbed by their failure to get the job done at the first time of asking and sped clear of Paul Beary’s Limerick when winning the first period of extra-time by 0-8 to 0-2. This onslaught continued apace upon the quick change of ends, Cork winning the second period 1-7 to 0-2.

The 1-15 Cork hit in the 20 minutes of extra-time was a point greater than the 1-14 they managed during the first hour.

“We hurled very well in patches, definitely hurled very well in extra-time, and hopefully that will stand to us going forward to the Munster final.” A well-worked Shane Barrett goal helped Cork to a 1-7 to 0-4 interval lead, but the second-half belonged to a Limerick side playing their first championship game of 2020.

Points from Bryan Nix, Josh Considine, Cathal O’Neill, and Cormac Ryan (free) cut the gap to two within four minutes of the restart. And while Limerick continued to enjoy the upper hand thereafter, the hosts were unable to gain parity. Three-in-a-row from Cork pushed their lead back out to four in the 56th minute, but four Aidan O’Connor frees brought Limerick level for the first time in the 63rd minute – 1-14 to 0-17 – and meant extra-time was required.

Concluded Ryan: “Maybe the extra 20 minutes is good for fellas going forward. We’ve had no match since the Kerry game [on October 19]. We brought 24 players up here and [23] of them got a game so that is great going home. A lot of fellas got to represent Cork, which is a huge day in their career.”

Report by Murt Murphy for the Irish Examiner newspaper

Cork advanced to play Limerick next Monday night in the Munster U20 Hurling Championship with a routine 14-point win over Kerry.

Kerry had moved up from the B grade for 2020 and can be proud of their performance against the 2019 All-Ireland runners-up at Austin Stack Park.

Kerry matched their opponents in the opening quarter, at which point Cork held a slender 0-4 to 0-3 lead. Michael Slattery and Dan Casey got the first two points for the Kingdom as it took Cork most of the quarter to settle.

Two points from the excellent Tommy O’Connell and a sublime effort from the wing by Shane O’Regan saw Cork edge in front, and they were never subsequently headed.

Wing-back Darragh Slattery and O’Connell traded scores and Michael Slattery levelled again after a fine run and point but Cork had returned from the water break with fire in their bellies.

Kerry stuck to Cork’s coattails for long periods of the second half. Six third-quarter points should have settled the issue but two Michael Slattery points and a free that went all the way to the net meant that Cork’s lead was only marginally increased by the end of the third quarter, 0-17 to 1-7.

Brian Roche restarted with a goal and once Pat Ryan ran his bench, Cork pulled clear. Substitute Brian Hayes scored 1-2, but not before Kerry’s Nathan Guerin had found the Cork net to reduce the gap to ten.

Cork had nine different scorers and their class was always going to see them through, though Kerry’s gusty performance surprised more than a few.