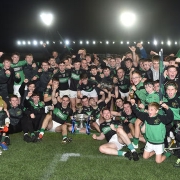 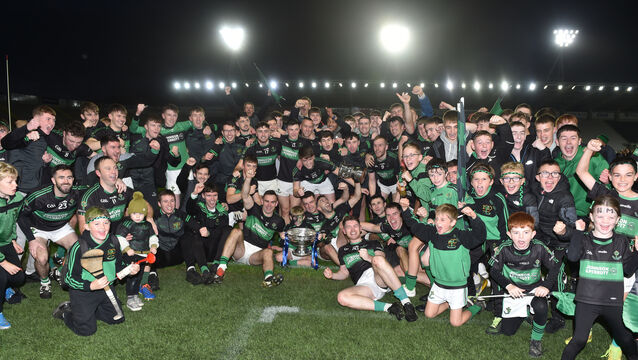 Match Report by the EchoLive.ie

NEMO Rangers celebrated their 23rd Bon Secours county PSFC title as if it was their first after dethroning great rivals St Finbarr’s at Páirc Uí Chaoimh on Sunday.

A crowd of 10,153 witnessed another classic display from the most successful club in the country with the game seemingly over as a contest when Nemo streamed 1-13 to 0-5 clear after 39 minutes.

A brilliant lob from Conor Horgan caught keeper John Kerins out of position after his kick-out went astray and when captain Luke Connolly pointed gloriously from out near the north stand it left a staggering 11 points clear between the sides.

But, the holders died with their boots on as they reduced the margin to three, instigated by a Brian Hayes goal a minute later and when Billy Hennessy rifled in a second, 11 minutes later, the lead was now down to five.

Steven Sherlock’s free, via the inside of a post, was followed by a Ben O’Connor score, 1-15 to 2-9, with three minutes of regulation time remaining and four more added on.

But, Nemo’s experience shone through in a hectic finish and their composure was reflected in the clinching score from substitute Kieran O’Sullivan.

The opening six minutes supplied ample evidence of what many observers lay in store between the great rivals who were level on three occasions in an exciting start.

Ronan Dalton, who started in place of Paul Kerrigan, showed the way with the first point after 40 seconds before Ian Maguire levelled moments later only for Conor Horgan to edge Nemo in front again.

Then, the holders levelled and took the lead for the first time via Eoin McGreevey and Sherlock in a 30-second burst, but the game took a decisive swing Nemo’s direction almost immediately.

Connolly levelled a third time before Nemo added four more points to take a firm grip. Horgan continued the sequence with his second, Connolly pointed a free and Barry O’Driscoll’s neat side-step led to double-scores, 0-6 to 0-3 entering the second quarter.

Horgan continued to exert a major influence on proceedings, knocking over a third point after 17 minutes and only the post denied O’Driscoll stretching their advantage.

The Barrs were struggling even at this early juncture and Sherlock ended a 15-minute barren spell with a free before Nemo needed the intervention of keeper Michael Aodh Martin, who produced a brilliant double-save.

He first denied Colin Lyons from point-blank range and then turned Sherlock’s rebound onto a post for a 45, which Sherlock couldn’t convert, registering their first wide.

Another Connolly free made it 0-8 to 0-4 after 23 minutes and it was the Barrs turn to be grateful for their keeper John Kerins, who did brilliantly to stop Mark Cronin’s shot after Connolly picked him out with a stunning long-range pass.

The half finished with a Connolly free for a five-point advantage and seemingly with one hand on the Andy Scannell Cup.

That position strengthened in the opening 10 minutes of the second half only for the Barrs to finally their true form.

Subs: B O’Connor for Twomey half-time, D Quinn for Comyns injured 32, C Dennehy for Myers-Murray 45, A Lyne for E Dennehy 55. 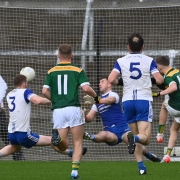 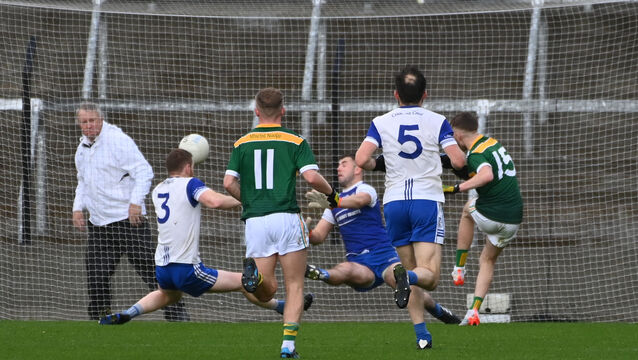 Report by Rory Noonan of the Echo

THEY say patience is a virtue and certainly in the case of St Michael’s that is true as they won the Bon Secours SAFC final at Páirc Uí Chaoimh yesterday.

They lost five PIFC finals between 2012 and 2019 and last year’s SAFC decider before finally getting the chance to dine at the top table after their win over Knocknagree.

A goal in each half from Adam Hennessy were key scores, repeating the feat he did against Knocknagree in the opening round of the championship. But he was also backed up by top-class displays from the likes of Sean Keating, Alan O’Callaghan, Daniel Meaney, and Eric Hegarty, with the latter named Man of the Match.

Keith Hegarty got Michael’s off the mark, with their third attempt at raising a white flag as their first two efforts went wide.

From the re-start, they had another opportunity to add to their tally but again shot wide, this time Andrew Murphy missing the target.

A minute later and Knocknagree were back on level terms when Michael McSweeney pointed from their first attack, with again Michael’s off target as they tried to add to their tally. Hennessy took a great mark for them, but his effort hit the post to see it remain at a point apiece seven minutes in.

Knocknagree took the lead after seven minutes when a free from Fintan O’Connor came back off the post, but Niall O’Connor was quickest to react to the breaking ball to slot over. They were much more efficient with their attacks at this stage and put two between the sides when Eoghan McSweeney raised another white flag, to make it 0-3 to 0-1 after 10 minutes.

Daniel Meaney made it a one-point game before they retook the lead with a magnificent goal. Tom Lenihan picked up the ball in defence and his pass found Eric Hegarty who played Hennessy in to raise the first green flag of the afternoon, to make it 1-2 to 0-3 after 14 minutes.

Michael’s hit the post again, this time from a Robbie Cotter free, but Eric Hegarty picked up the loose ball to slot over. Fintan O’Connor replied for Knocknagree with a great score from a long-distance free, before Michael’s had Martin Burke to thank for keeping them ahead.

The Dazzlers goalkeeper saved brilliantly from Denis R O’Connor to deny him a green flag, with Patrick Doyle missing the resultant 45.

A couple of stoppages for injuries broke up the momentum of the half with Michael’s losing both Andrew Murphy and Daniel Lenihan in the space of a couple of minutes, but a late point from Robbie Cotter saw the Dazzlers lead by 1-4 to 0-4 at half-time.

Another placed ball from Cotter increased Michael’s lead at the start of the second half as they continued to create chances running at the Knocknagree defence.

A flowing team move that started in their own half saw Peter Cunningham increase their lead further as Michael’s led by 1-6 to 0-4 with 39 minutes played.

Cunningham had a chance to raise his side’s second green flag, but this time Knocknagree had their keeper Patrick Doyle to thank as he denied him with a point-blank save.

It took Knocknagree until the 45th minute to score in the second half with Fintan O’Connor making it 0-5 to 1-6 but at this stage, they were in need of a goal as Michael’s kept the scoreboard ticking over with Hennessy on target again.

But the goal came at the other end when Eric Hegarty played Hennessy in for his and his side’s second green flag as the Dazzlers now had one hand on the cup, leading by 2-7 to 0-5 with 10 minutes to play.

Knocknagree had a goal chance but Matthew Dilworth’s effort went just wide as Michael’s were now in control of this tie.

Credit to Knocknagree they never threw in the towel but time was against them in the end as the Dazzlers now join the top table next season, as patience has finally paid off for the Blackrock side. 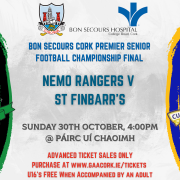 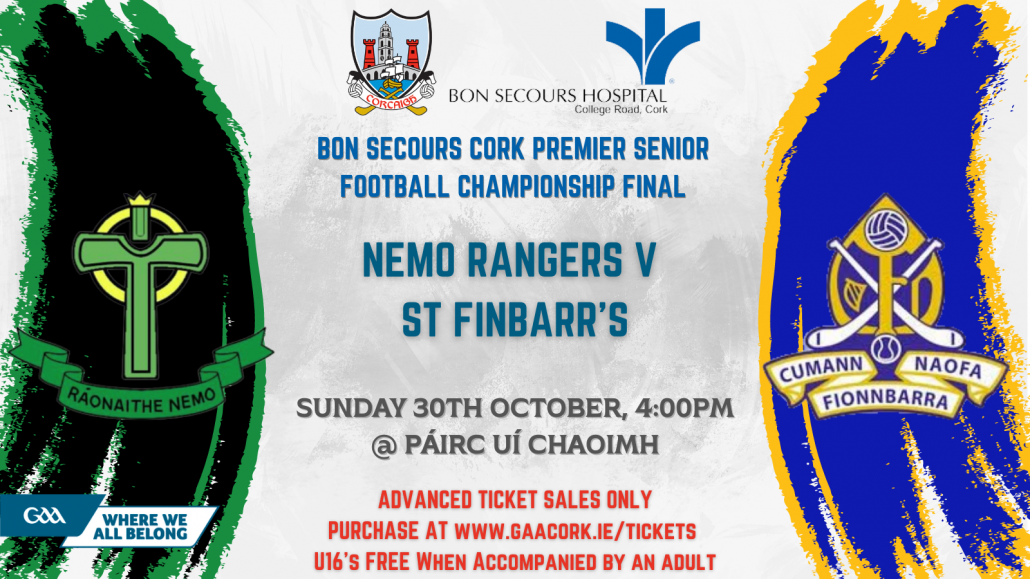 Nemo Rangers came through the Group stage with three wins from three, with a very impressive performance over rivals Castlehaven in the second group game. This sealed their place in the Quarter Final to face off against Carbery Rangers. Nemo survived the difficult Quarter Final test that Carbery Rangers served up, with a difficult and defensive performance from the west Cork side. Nemo eventually prevailed with goals from Jack Horgan and Barry O’Driscoll. Ballincollig overcame Carbery division side in the other Quarter Final to setup a meeting with Nemo in the Semi Final. Nemo eventually eased past Ballincollig, Luke Connolly’s penalty during the second half giving them some breathing room and open the game up to finish off Ballincollig. Nemo Rangers are in their centenary year and they will want to mark it in style with yet another Cork Premier Senior Football Championship title.

Last years champions, St Finbarr’s also eased through the group stage with three wins from three with big performances along the way. This booked their place in the Semi Finals as the best team from the Group stages. Castlehaven came through the Quarter Finals to setup yet another Semi Final with the Barr’s, having lost out on penalties in the 2021 Semi Final. Late goals from Steven Sherlock and Brian Hayes eventually saw off the stubborn challenge from Castlehaven, as the sides were level on a dozen occasions. The Barrs eventually showed their class to come out on top again to set up an all city Premier SFC Final against Nemo Rangers. The Barrs will be aiming to complete a historic double, with the hurling team having won the Premier SHC Final earlier this month.

The Referee for the game will be Alan Long (Argideen Rangers). 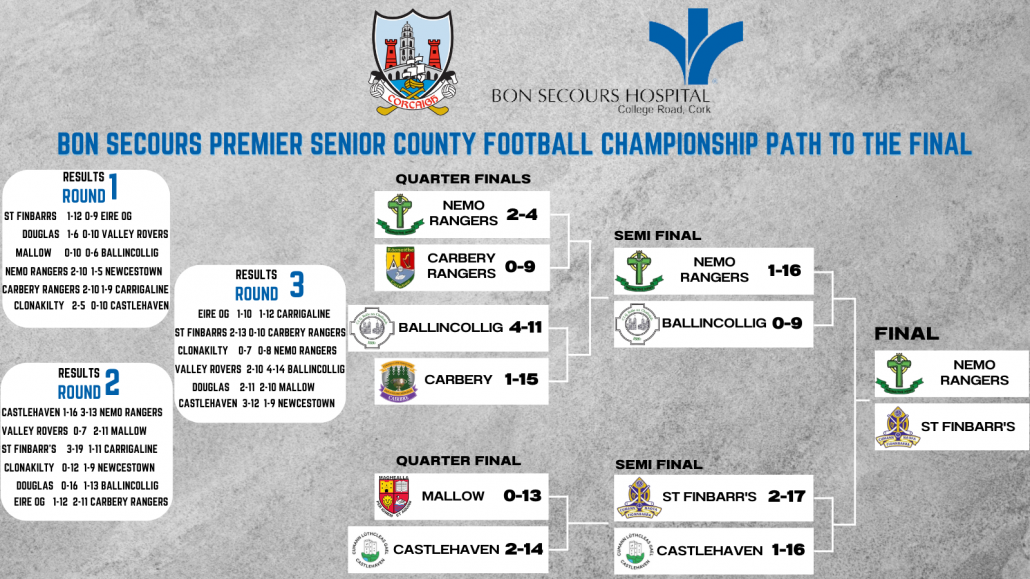