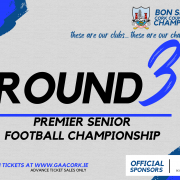 Teams will battle it out on Sunday 4th September to book their places in the next round of the Premier Senior Football Championship.

All games will commence at 4pm. 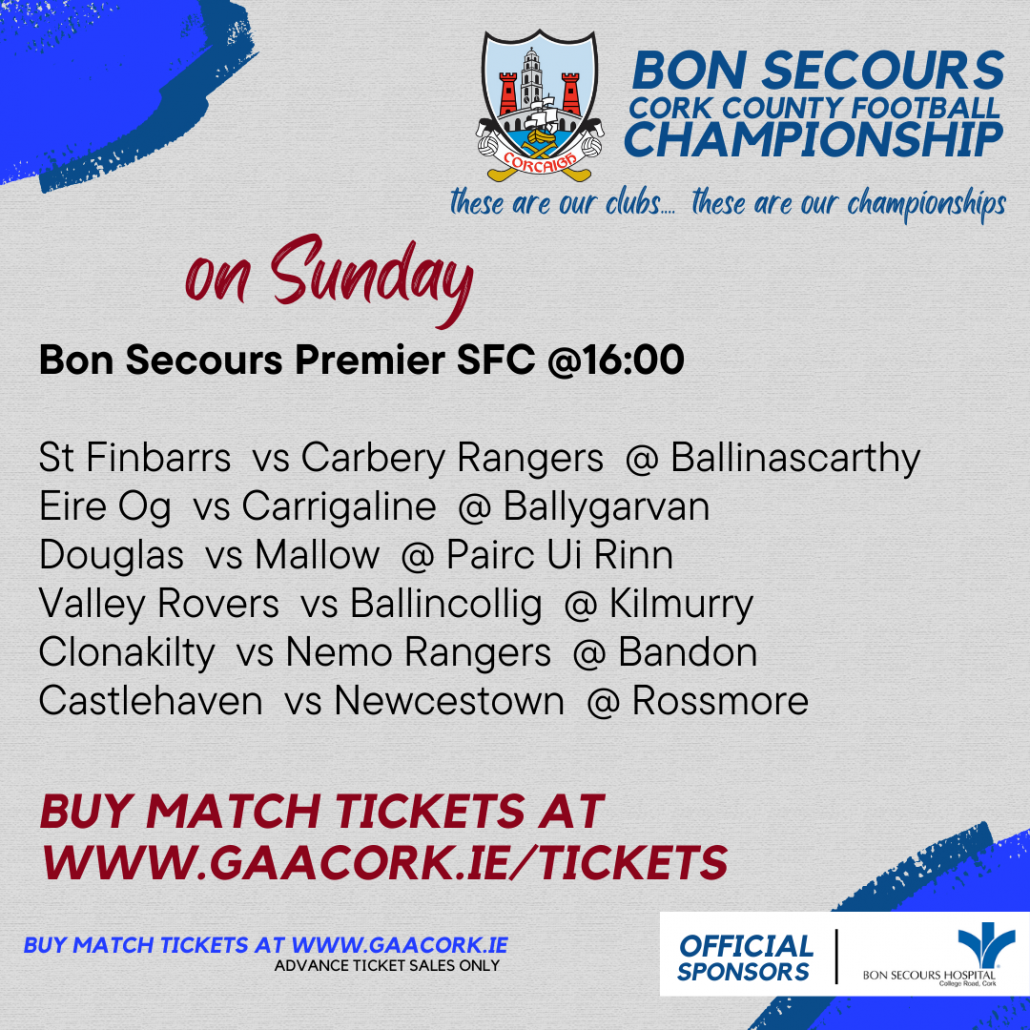 Buy Tickets for upcoming games below by date
BACK

As per competition regulations below is the compeition structure for the knock out phase.

The top group winner will qualify for the semi-finals, with the remaining two group winners, the three second-placed teams and the divisions / colleges winner (Carbery) qualifying for the three quarter-finals.

Teams (1-6) will be ranked as follows, on completion of the group stages:

A repeat pairing is possible in the quarter finals in (a) 2v5 and (b) 3v4 above. If either scenario arises, then team 2 will instead play team 4, and team 3 will play team 5. Repeat pairings in semi-finals will be avoided, with pairings being adjusted where necessary.

The relegation final will be a straight play-off between the two lowest ranked teams (in terms of points won and scoring difference) amongst the three teams that finish bottom of their respective groups.