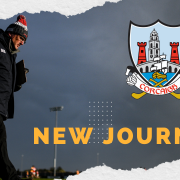 Ahead of this weekend’s Allianz Football League opener against Roscommon in Dr. Hyde Park on Sunday, new Cork senior football boss Keith Ricken is looking forward to building on his side’s experiences in the pre-season campaign.

Following the recent McGrath Cup Final, Ricken said “It’s good that the lads will know that they can stay in the game, they know that they can create scoring opportunities. We could have conceded another three goals but we didn’t, we could have scored a few goals but we didn’t, so there is stuff that we have to work on. Ours is a long-term project, you take the learnings from every day that you go out but our job is also to fix as we go.”

Ahead of naming a team featuring six league débutants – John Cooper, Joe Grimes, Daniel O’Connell, Blake Murphy, David Buckley and Mark Cronin – for the Roscommon game, the manager outlined his philosophy, having viewed 41 players in pre-season: “The way I see it and the way I have it, the Cork panel is a snapshot. It’s not a panel you put out at the start of the year and you keep that as your panel. The Cork panel is a snapshot of the best players in Cork at that particular moment in time as we see it, as the selectors would see it.”

Given his background as a GAA administrator at Munster Technological University (MTU) and an All-Ireland winning U20 manager, it’s not surprising that Ricken is taking the long view when it comes to the upcoming league campaign.

“Are we just going to go in, play Division Two, go up to Division One and that’s it? No. That’s not my concern. My concern is can we develop a squad of players that will sustain the future of Cork football over the next number of years?

That’s not going to happen overnight. Good timber takes its time to grow and we have to be patient. While I’m focusing on every match and every training session to get the best out of them in the here and now, I’m also acutely aware that there’s a longer-term project coming through. There’s an underage system that is now starting to produce some very good footballers and I have to be patient. They’re not going to go from U-19 or U-20 or U-17 straight into the senior set-up.

I’m taking every game, every day, every time we come together as a new adventure, a new thing, and a new project and we’re going to see what’s there. I don’t have any long-term aims for how long it’ll take us to get up to Division 1. If it presented itself this year and we took a few victories, great, but it has to be a long-term project. Whether we’re winning or losing it has to be long term.”

The new manager also has a message for the Cork supporters, reminding them of the important role they play in motivating the team, especially as we emerge from two years of Covid restrictions. “It’s very heart-warming when you come off the field, even after being beaten, and people saying, ‘You’re doing ok, well done, it’s good to see the young fellas out there, can you stand in for the photograph’ with their young children and stuff like that. It’s lovely to get that bit of support.

I suppose the best way to say this is, we were locked down for two years and what did we really miss? We missed going to bloody matches. It was lovely to see 6,500-7,000 people down in Killarney [for the McGrath Cup final]. It was lovely to see all the people getting back to that and enjoying that part of it. I know they will want more as they go along and we will try to give them more as we go along but it’s going to take time. That’s about the long and the short of it.”

The Cork team to play Roscommon in their opening Allianz League game at 2pm on Sunday in Dr. Hyde Park is as follows: 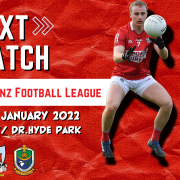 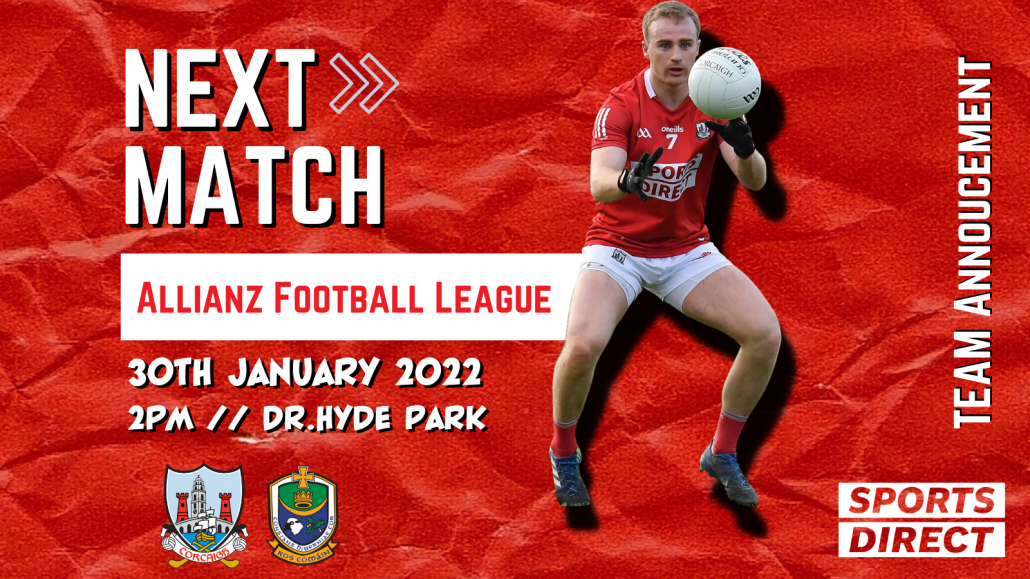 Cork Senior Football Manager Keith Ricken has announced his team that will play Roscommon this weekend. Cork will open their Allianz Football League Division 2 programme with a trip to Dr. Hyde Park, Roscommon on Sunday, 30th January with a 2.00pm throw-in.